What is Russian literature? 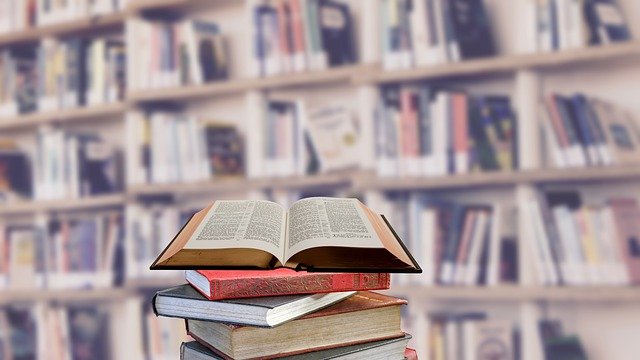 One of the aspects that has transcended in its development has to do with the fact that Russian literature from its beginnings has been marked by a great variety of figures that, like all of them, starts with oral literature and begins to be cultivated with the passing of time, defining different moments of key development with exponents that have marked, in general, the evolution of literature worldwide. Today we will see more about this literature, its evolution and characteristics.

It is considered that the origin of Russian literature begins to develop after the country adopted the Christian religion, as well as the Cyrillic alphabet, this around the written literature, since there were already traces of oral literature as a manifestation. At first the texts were elaborated in order to continue with the expansion of the Christian faith, as well as as a means of service within the religious offices. These first texts correspond to translations.

During the tenth century, traces of chronicles began to appear in Russian texts, which were initially devoted to the deeds of St. Vladimir the Great, prince of Kiev. This has to do mainly with the organization of the ancient Russian state, which was divided into principalities, each with a ruler called Kievan Rus, headed by the prince of the city of Kiev, capital of what is now known as Ukraine. Around this century and the beginning of the 11th century, a series of heroic poems about St. Vladimir written in Old Russian are recorded.

By this time it is possible to identify a division of the written texts. At first the religious texts were written only in Church Slavonic, while other texts, regardless of religion, were written in Old Russian. Later, during the last years of the 12th century the poem The Song of Igor’s Hosts appears as one of the most famous works of Old Russian literature dedicated to a campaign between Russian princes and Cuman tribes. In it the fusion of Christianity and paganism is evidenced.

Later, around the 13th century, epistolary works appear, such as The Prayer of Daniil the Prisoner, which also combines quotations from the Bible and chronicles, the latter with elements of oral literature and satire. Towards the 15th century a literature marked by pilgrimage began, hence we hear of pilgrimage literature as a genre. However, the epistolary genre continues to be one of its most frequent forms of development in the 16th century. During this century appears one of the most important works called Domostroi or Structure of the household, which brings together a series of instructions and advice related to household management and family organization. The text includes prescriptions on how to dress according to the occasion, recipes, indications on how and when to perform prayers, among others.

Below we will see some of the most important aspects that have been determinant for the distinction of this literature, as well as basic characteristics of its development:

In the case of Russian literature, oral literature was marked by the transmission of stories that carried content from various events and elements that were passed from generation to generation. Often their content included Byzanticism, ancient paganism and Christianity.

One of the currents that most marked this literature was Classicism, whose current proposed that the literary work should be composed from a series of criteria that reflect a harmonic structure with the universe. In general, the objective was aimed at something eternal, so that it sought to highlight some key features. The characters in these works do not change during the actions and are evidenced between “good” and “bad”, often the former highlight the point of view of each author.

The principles of Russian literature in Classicism were determined by action, place and time. The unity of the action had to be unique, the unity of place established the non-movement of the action in the space of the narrative, and the unity of time defined that it should not last more than 24 hours. Another feature of Russian literature, especially at the beginning of the 19th century, is the sentimentality that begins to appear in the works, especially close to nature. In this case, sentimentality was determined by the subjective approach to reality, nature, the cult of emotions, among other factors.

Hence, Romanticism is another key moment in literature, defined by the cult of nature, harmony and the human being. One of the most important poets was Mikhail Lermontov. This trend ended in 1840.

One of the characteristics that prevailed in the development of Russian literature was the mixture of currents and genres that are undertaken with their authors and their creations with experiments to new lines. Thus, after the tragedies of the common people, there appeared also stories of sentimentality, stories of romanticism, elements of classicism, realism, comedy in phrases that became proverbs and sayings, satire and dramaturgy.

By the XVIII century Russian literature begins to experience rapid growth in the Russian language, where it begins to reduce the use of Church Slavonic language in the creation of literary texts.

Many experts have given this name to the period at the end of the 19th century, when one of the most important authors of Russian literature, Anton Chekhov, began to use the method called “stream of consciousness”. This consisted of an internal monologue of the characters that begins to reproduce itself from instantaneous thoughts, as well as in his impressions when he begins to speak. This was an element that would soon begin to be used by other authors such as James Joyce.

The truth is that Russian literature is one of the most important in world literature, origin of writers who have become fundamental references for literary development at different times in history. Thus, among them we can highlight authors such as Anton Chekhov, Fyodor Dostoevsky, Nikolai Gogol, Mikhail Sholokhov, Victor Astafiev, Pavel Bazhov, Lev Kasil, Vladimir Nabokov, Aleksandr Kuprin, as well as poets such as Joseph Brodsky, Anna Akhmatova, Yelena Shvarts, Ivan Nikitin, Sergey Yesenin, among others.

Some works whose authors received the Nobel Prize for Literature were The Lord of San Francisco by Ivan Bunin, The Gentle Gift by Mikhail Sholokhov, Gulag Archipelago by Aleksandr Solzhenitsyn, and authors such as Svetlana Alexievich and Joseph Brodsky.

If you want to learn more about literature in other parts of the world, be sure to visit our section on literature by place in the world, where we delve into other regions that were key to the development of global literature. Remember that you will also find information about other artistic manifestations.