What is Mexican literature?

We refer to Mexican literature when we talk about a group of literary works that were written either in Mexican territory or by authors of Mexican origin. However, this literature also includes works that were written in Mesoamerican territory, especially during the pre-Columbian and colonial eras. The Mesoamerican region, in its beginnings, consisted of Mexico, El Salvador, Guatemala, Honduras, Costa Rica and Nicaragua.

In this way, Mexican literature has managed to develop by the hand of great authors who through experimentation, experience and literary creation, have set important standards within world literature. Among its main representatives we find authors such as: Sor Juana Inés de la Cruz, Juan Rulfo, Octavio Paz, Jaime Sabines, Juan José Arreola, Rosario Castellanos, among others.

History and origin of Mexican literature

The origin of literature in Mexico dates back to moments prior to colonization, when in this territory, as in others, pre-Columbian literature was alive, which we have already talked about in another section and which was mainly constituted by the Mayan, Aztec and Inca cultures, which undoubtedly involved the Mexican territory. During this period, the written record was not a common practice in the face of literary and traditional creation, because although they had an advanced writing system, it was focused on accounting matters. Thus, the literary manifestation depended on oral transmission for its preservation.

With the European invasion, Mexican literature emerged. The arrival of the colonizers implied an important modification of conceptions, in addition to a religious and cultural syncretism. The invaders had a writing system and a way of recording that allowed them to begin to write down the relations and experiences of everything they lived in America, thus, the first literary manifestations will belong to chroniclers, especially, such as Bernal Díaz del Castillo and Álvar Núñez Cabeza de Vaca. Their arrival also implied a cultural subjugation that touched literature, in such a way that the natives received influences and dominion over the writing system, above all, so that they soon had to learn their forms of writing.

This mixture of traits produced what will be the first signs of Mexican literature, considered and called colonial literature, in this case from Mexico. However, the independence of Mexico and the revolution were a determining event not only for the region as the liberation from the Spanish crown, but also for cultural manifestations, among them, literature, since it will be a fundamental source of inspiration for what will be, later on, the Mexican novel that will produce important writers as representatives.

The appearance, many years later, of the avant-garde movements or avant-gardism, a subject we have already discussed in our literature section, will be a field that will allow the increase of literary production, this time guided by a series of new movements and styles. Even, the narrative as a genre will experience a series of varied combinations and modifications that will work the authors mixing fantasy and realism, compiling an important production for posterity in literature. 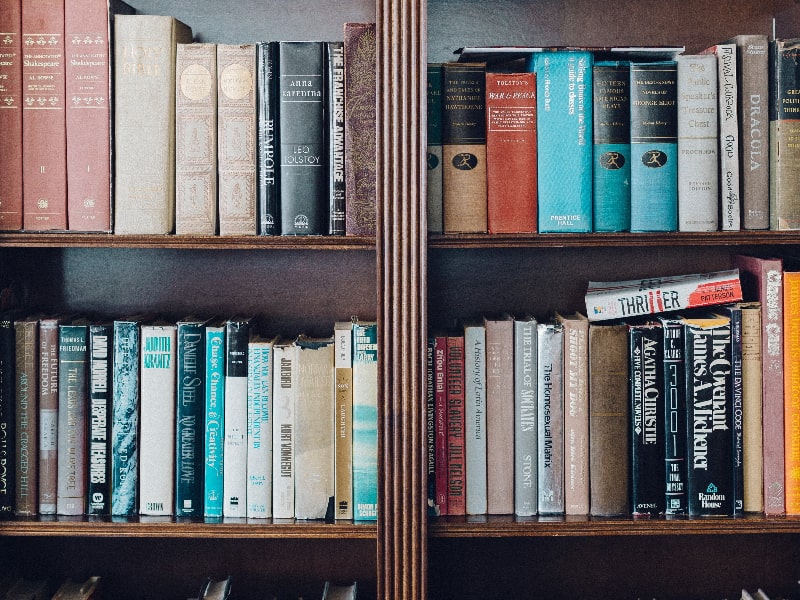 Now, let’s take a look at the genres, formats and other elements that Mexican literature has used throughout history to develop its artistic manifestations:

Epistle and chronicle: besides lyric, these are also genres that will be key in the development of Mexican literature, since with the use of these formats, experiences, events and characteristics of the conditions experienced, especially after the conquest, by each town that was visited by the European invaders began to be narrated.

Narrative: another of the fundamental genres throughout the history of Mexican literature is narrative, since it is considered that during the period of Mexico’s independence, which took place in the 19th century, short stories and novels were one of the key resources of literary expression, in addition to essays and later poetry.

Poetry, essays, novels and short stories began to become increasingly strong and important during the 20th and 21st centuries, moments in which playwrights and historians would also emerge, which would be key to the research and identification of Mexican culture. On the other hand, Mexico is also part of what is known as the “Latin American Boom”, one of the most important phenomena of literature in America, which we have already discussed in another section.

Among the most important features of Mexican literature, we find the following:

Themes: to a great extent, the socio-political conditions, especially, experienced by Mexico, as well as other countries in the area, trigger a series of circumstances that will become an inspiration for literary creation, as these facts implied a series of events and consequences in the revolution. However, in addition to this, another series of frequent themes in Mexican literature will be social and economic inequality, poverty, the life of the peasants, abandonment, among others.

Nihilism in the works: one of the most important currents due to its impact on literary development will be nihilism, which generated an important production of texts that reflected events such as poverty, inequality, exclusion of indigenous communities, lack of social inclusion, among other conditions that generated the growth of pessimism in its artists, as well as in its inhabitants. Many of these authors adhere to the current in order to generate works that contribute and call readers to reflection.

Antecedents: Mexican literature is one of the most developed of the time, especially because of its antecedents, populations representing pre-Columbian literature that had achieved important advances in science and art, in addition to the writing of traditions and legends of the natives in the Latin alphabet that was imposed with the arrival of the Spanish crown, which made it possible to preserve much of its content.

Spanish and European mixture: evidently the arrival of the Spanish conquistadors produced an important syncretism of which literature was no exception, not only because of the alphabet that was imposed, but also because of elements, figures and other aspects that significantly influence literary production in Mexican territory.

Academic style: during contemporary writing and from the 19th century onwards, Mexican literature leans towards a writing guided by an academic style, which will be a preference that will work until the present day. This style is attributed to two very important events, which are: the French Revolution and the Industrial Revolution, in addition to the consequent social and political changes.

Expressiveness: writing will become a medium that will allow writers to put in it all their expressiveness, mainly linked to conditions and sensations within their environment, so that it includes in its environments the social circumstances, the consequences of changes and modifications, as well as other events that generate in it contrarian feelings, passions and that, in many aspects, are shared by the collectivity.

Contemporary novelty: one of the most important characteristics of Mexican literature in the contemporary era has to do with the intention of breaking with the structures that were implemented in previous eras, especially in the neoclassical era, the Renaissance and the Baroque. Thus, literature at this stage responds to this desire for liberation, incorporating, in addition, new styles and trends.

To learn more about this and other literary manifestations in other parts of the world, we invite you to visit our Literature section, where you will find a lot of information about this artistic field, as well as history, movements, authors and much more.

Mexican literature: what it is, literary development, history, characteristics, authors, and more