What is a Mural?

A mural is defined as a monumental painting because its size is very large, and whose support is a wall, vault, interior or exterior ceiling, unlike an easel painting that is transportable, it is related to architecture.

The mural painting is the oldest art of which a record has been preserved, the mural art is witness of the prehistoric mural painting and in the same, all durable binders are used, such as oil, glue, wax, resins, among others, either on the raw wall or in a primer.

Fresco is an important historical mural painting technique in which the artist applies color very quickly on a still fresh lime plaster, a technique known as fresco in Italian. Classical mural painting is done with the secco technique (on dry plaster). By metonymy (designating one thing with the name of another with which it is related), the common language designates by fresco the mural painting in general and any work of large dimensions.

History of the Mural

Painting on walls, both interior and exterior, seems to have existed and dates back to prehistoric cave art (Béguin). Men have always sought to paint on walls, whether for religious, aesthetic or commissioned reasons.

Mural paintings are almost immovable and it is necessary to distinguish between decorative paintings and those that are an integral part of the architecture of buildings as well as trompe l’oeil openings, the squaring of ceilings.

Today only traces of the ancient Greek murals, known from literature, remain. Likewise, Roman mural paintings have survived, especially at Pompeii and Herculaneum.

Classical mural painting is only distinguished from other paintings by its medium. Whether fresco or oil-painted, and it is done at the initiative of the authorities governing the walls or ceilings, whether municipal, ecclesiastical, state or private.

Mural painting has been used to capture the social concerns of each era, whether public or private, secular or religious, popular or elitist, playing a social or even political role. 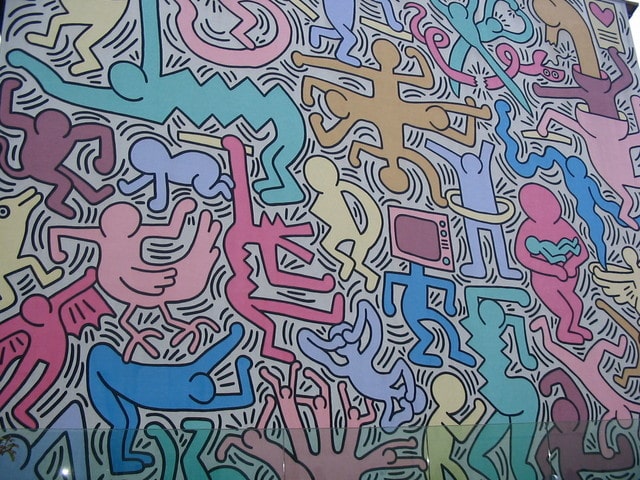 In addition to enhancing the built environment of a city, the mural plays an important social role. Through its location, theme, size and quality of execution, a mural is a source of pride for the entire community. Murals can be created on different supports: masonry walls, concrete walls and panels to be fixed to walls.

The life expectancy of exterior murals is estimated to be between 10 and 30 years. However, good selection of materials, quality workmanship and proper maintenance can prolong their survival and make their beauty last.

Mural painting has its own aesthetic, which differentiates it from easel painting. For one thing, perspective may be limited by the painting’s position in the architecture, as in the case of ceilings, and the wall of a room where one cannot step back far enough to see the painting at a glance. Some choose to deny the wall, and organize an imaginary space on its surface, others retain its obviousness.

Even with the best support, any exterior mural inevitably undergoes changes in appearance due to the extreme conditions to which it is exposed, including dirt, weather and vandalism. Over time, colors fade, sometimes selectively, depending on the materials chosen and the colors themselves.

Murals are the urban canvases of a city, expressing the history, problems and aspirations of a community. Although vulnerable to weather, vandalism and decay, murals are visible and open to all free of charge.

For generations, the city of Los Angeles in the United States has been recognized as one of the capitals with the most beautiful murals in the world. Latino artists and their culture are an integral part of the city’s mural heritage. One can travel through the multicultural neighborhoods and see murals as if they were displayed in the alleys of a vast concrete museum.

Representatives of this Painting

Diego Rivera and José Clemente Orozco, great muralists, along with Mexican painter, David Alfaro Siqueiros established Mexican Muralism. The tradition continues today in Mexico and is inspired by the Chicano art movement in the United States.

In Los Angeles, Siqueiros created América Tropical, a large mural located on Olvera Street, the birthplace of Los Angeles. Completed in 1932, the mural depicts a Mexican Indian crucified on a cross behind the American eagle, with two snipers aiming at the eagle at close range.

It is the first large-scale mural in the United States to be created in a public place and painted on an ordinary exterior wall. The mural’s political message about the exploitation of Mexican workers provoked immediate controversy, and it was quickly obscured. América Tropical was restored by the Getty Conservation Institute and opened to the public in October 2012 with a new platform and interpretive center.

The Mural – Definition, Characteristics and Exponents