What is Portrait and Self-Portrait?

Portraits can be found in most stately homes, museums and art galleries, including homes. Portraits can be paintings, drawings, sculptures or photographs that record changing identity and aspirations. In earlier times, many people had only one portrait painted in their lifetime, if any, so artists were selected with great care and expectations were high.

As the 16th century approached, artists began to put themselves more into the picture, physically, socially and stylistically. By this time, portraiture had become more naturalistic and more concerned with the individual. During the Renaissance the genre benefited from the heroism of the artist and became really popular with the rise of wealth and interest in individuality.

The concept of self-portraiture refers to the story of Narcissus told in the Metamorphoses by the Latin poet Ovid. Narcissus was a young man fascinated by the contemplation of his reflection in the water. For a long time the self-portrait was considered a minor subgenre of portraiture.

Types of Portrait and Self-Portrait

The portrait is a graphic genre whose purpose is to represent a person in a similar way. Self-portraits are the representation of oneself, and are not the result of a commission, unlike portraits. This genre allows the person to assert himself as a unique individual and to go through a true exploration of himself, because all physical expressions can be transcribed as joy, madness, melancholy, astonishment, suffering.

The first known portrait is of John II Le Bon (1319 – 1364), Duke of Normandy and then King of France from 1350, which inaugurates a genre, since it is the first direct evocation of a royal portrait, without all the accessories and seen in profile, like a monetary portrait.

The king seems to have been painted with a remarkable concern for physical characterization and a desire for expressiveness. Later, the models will be represented from three-quarters or from the front. 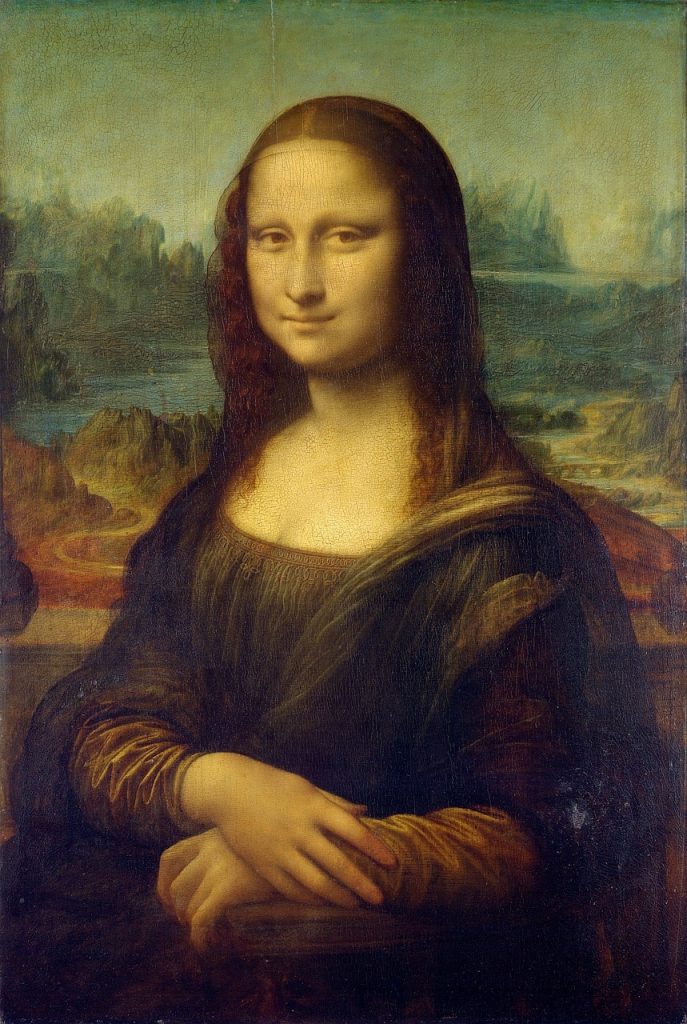 Portraits are artistic representations of people, which can be created in any medium, from traditional oil paintings, to photographs, sculptures and even mixed media. Portraits can depict partial figures, usually showing the head and shoulders, but they can also depict the full figure. They can also illustrate more than one person, in a group or family portrait.

When making a portrait the artist attempts to show appearance as well as some elements of character. Portraits often relate to a message that the artist or the person who commissioned the work wishes to convey, such as the beauty of a daughter courted by a king or the wealth and power of a monarch.

In the 19th century, interest in understanding human feelings grew. Artists were also concerned with emotions, creating portraits or self-portraits of an intimate nature, far from the official portrait, sometimes moving away from faithful representation.

The self-portrait is, in fact, from the late nineteenth century the opportunity for the painter to tell his story or at least part of it. For some, like the painters of the 14th century, they use symbols to personify themselves. The goal is no longer to depict their social status as their predecessors did, rather the goal is to reveal an intimate part of their life or personality. These symbols represent more the emotional state or anecdotal account of their life as an artist than the image they wish to leave behind.

The advent of photography brings a new openness to the art of portraiture. However, many artists continue to draw, paint and engrave portraits and self-portraits. Likewise, we live today, in a time of great fondness for self-portraits, increasingly known as the age of the self.

The German artist Albrecht Durer was possibly the first master of the self-portrait. In the first half of his life, Durer created a series of exquisite self-portraits, the first being drawn on silverpoint in 1484, when he was only 13 years old, in these images Durer builds and fashions his identity as an artist.

Another representative of the art of portraiture and self-portraiture is Rembrant van Rijn, who created a hundred self-portraits during his lifetime, including paintings, engravings and drawings over a span of 40 years. Many of the paintings show him posing in almost historical costumes, or showing faces of himself. Interestingly, the portraits reflect something of Rembrant’s changing fortunes, personal and financial difficulties, and confirm his remarkable creative energy even in the midst of his personal crises.

One of the greats of portraiture is Vincent van Gogh who painted more than 30 self-portraits between 1886 and 1889. His collection places him among the most prolific self-portrait painters of all time. Like the old masters, van Gogh critically observed himself in a mirror and with a fierce expressiveness created self-portraits of an intensity and immediacy that revealed something internal to the outside world in the most vivid way possible.

All artists have created a series of self-portraits throughout their lives. For example, the works of Pablo Picasso show the artist’s stylistic evolution until his last portrait in 1972.