What is Casein Paint?

Casein paint is a paint executed with colors ground in a solution of casein, a milk phosphoprotein precipitated by heating with an acid or by lactic acid on aggression. In the form of homemade curd made from sour skim milk, used as a traditional adhesive and binder for more than eight centuries.

One advantage of casein paint is that it can create effects approaching those of oil paint. It allows the use of bristle brushes and moderate impact, as in oil paint, but not the blending of tones. It is preferred by some because of the fast drying and matte effects.

When dry, the paint becomes water resistant to a considerable degree. Casein paints can be varnished to look more like oil paints, and are often glazed or overpainted with oil colors. Because casein is too fragile for canvas, it must be applied on rigid boards or panels.

Refined, pure, powdered casein, which can be dissolved with ammonia, has been used for easel and mural paintings since the late 19th and early 20th centuries, and, more recently, ready-made casein paints in tubes have been in wide use.

The use of casein dates back to prehistoric times, when artists used milk (possibly human milk) in their cave paintings. In modern times, both illustrators and fine art painters commonly used casein.

Its use declined, however, after the advent of artificial polymers such as acrylics, but it never completely disappeared. However, like so many other mediums considered obsolete, casein is making a comeback by being used again in the art of painting.

If you want to experiment with casein paints, you have two types to choose from, one of which is called true casein. The word true distinguishes it from casein emulsion-based paint.

True casein paint, like other water-based mediums, dries immediately, and once dry, becomes a water impermeable and very durable film. Unused true casein paint, however, has a very short shelf life. It does not stay fresh and spoils within a few days.

The other type is casein emulsion, which is the medium many artists have in mind when they think of casein. Although casein is an aqueous liquid, it contains microscopic droplets of oil. Casein emulsion is a product of the 20th century.

These are the tube caseins you see in art stores and catalogs. Emulsion casein paints are also marketed under the brand name Plaka. Therefore, most artists who work with casein probably paint with this type in emulsion form. 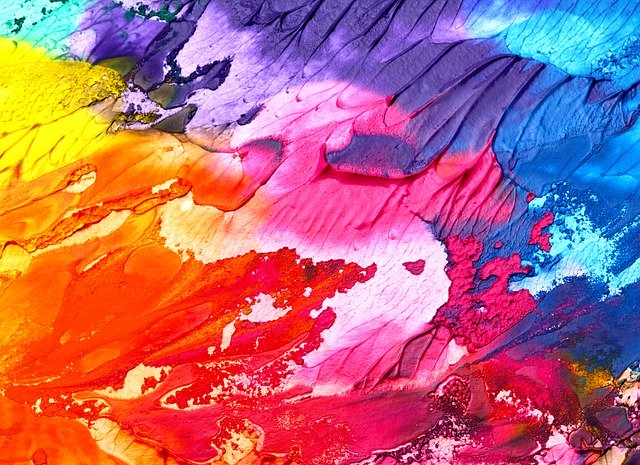 Casein is simpler to correct than oils, and because each application of paint dries so quickly, casein is more practical than oils when making the fine back-and-forth adjustments of light and shadow while modeling the illusion of three-dimensional shapes.

Casein paint layers are also absorbent. This makes them receptive to subsequent layers of oil paint; in the case of casein emulsions, they even make the paintings look as if they were made entirely with oil paints.

For textural effects in paints, you may find casein paints particularly useful. Because interesting effects and textures can be achieved in portrait paintings, especially for dresses.

Legacy of this Paint

Casein paint has been used since ancient Egyptian times, as a form of distemper paint, and is still used today. One of the qualities artists value casein paint for is that, unlike gouache, it dries to a uniform consistency, making it ideal for murals. In addition, visually it can look more like oil paint than most water-based paints, and it works well as an underpainting.

Casein paint loses its solubility with time and exposure and becomes water-resistant. It is best suited for inflexible surfaces, including furniture. It can be polished to a smooth velvety finish when dry, or it can be varnished to a glossy finish.

One artist who followed this technique in his painting was Canadian painter John Molnar, who quickly became known for his lush landscape paintings in casein, John became the go-to person for expertise in the medium and answered questions from artists around the world. John painted in both oil and casein.

Representatives of this Painting

It is believed that there are painters of lyrical abstraction that appeared in France around 1947 of all forms of abstraction that do not fall under the so-called geometric abstraction, which applies to the action painting of Pollock, as well as the early gestural painting of Mathieu, which in turn depended on the work of Wols. In whose works these painters used various techniques in them, casein paint.

Also the painter Adami Valerio (1935), recognized Italian painter, born in 1935 in Bologna, student of the Academy of Brera in Milan, exhibited his first paintings, using among other techniques the casein paint, influenced by Matta and although he distances himself very quickly with the introduction of clear forms, inspired by photographs, he is still very much at the forefront of the art world.