What is Roman Architecture?

As mentioned above, Romanesque architecture is a discipline that emerged within Romanesque art. Both this type of art and its architecture emerged in Rome and evidently it was one of the most important styles, both artistic and architectural, for the Roman population.

Roman architecture has different characteristics among which we highlight a solidity and a grandiose aspect of its constructions and thanks to this, today we can still enjoy different buildings built by this architecture. 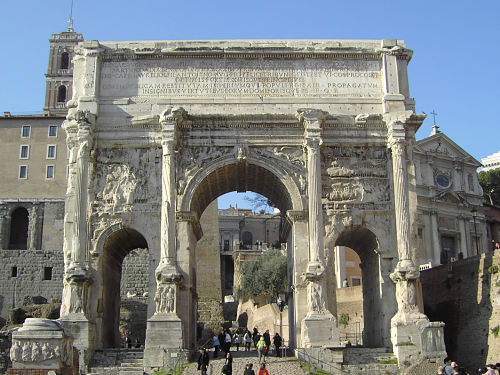 Within this architecture not only domes and barrel vaults were built, but also ribbed vaults and groin vaults. However, the latter were not used very often since only two outstanding examples can be observed, namely the Baths of Caracalla and the Basilica of Maxentius.

When talking about the constructions that were made, there were different characteristics depending on the use given to these buildings. Depending on the use, they could be either very sumptuous or very sober. However, something very representative of this architecture was that the aqueducts and bridges were merely functional, but the palaces and temples had a luxurious aspect. The most used material was stone and the walls that were built soon after were decorated with mosaics and paintings.

Orders of this style of architecture

In this style of architecture several Greek orders can be observed to which it was adapted and in addition several more orders of Roman art were included. These orders are:

A decoration is observed in the capital and the reduction of the volutes.

The sheet of acato was its main difference to the others.

This order did not have great influences from the Corinthian order, moreover in this order an accidental change and a great amount of decorations could be observed.

Within the Roman architecture there were different types of constructions that little by little were adapted to the tastes that the Romans had as well as to the needs of this. It is for this reason that we can observe diverse constructions among which we can emphasize:

The basilicas were known as palaces of justice. They had a rectangular base with naves on the sides and in the center, the entrances were usually placed on the sides and had galleries and tribunes.

Triumphal arches were usually intended to embellish and honor glorious victors. These constructions were elevated with obelisks and columns.

The amphitheaters were characteristic constructions of the Romans and whose base had an elliptical or circular shape.

The naumachias were similar to the amphitheaters but the bottom was filled with water to reflect the water.

One of the most represented constructions of all were the temples. These temples had a similar form to the Greek temples but differed from this by the reduced columns that were on the outside and were replaced by pilasters.