What is Medieval Architecture?

The architecture of the Middle Ages is developed in three styles: Byzantine, which influences the entire period, Romanesque between the eleventh and twelfth centuries, and Gothic style between the twelfth century to the fifteenth century.  Thus, in Byzantine architecture, considered the first important style in the Middle Ages, highlights the structural solidity, using for the construction of splendid interior mosaics, with a beautifully decorated capital, with a characteristic and specific vaulted roof very ornate, being an extraordinary example of this type of building, the Byzantine Church of San Vital.

Likewise, it is also taken as an emblem of this architecture, the temple today located in Turkey, built in five years from 532, in the early Middle Ages in the capital of the Byzantine Empire (Constantinople). Therefore, it is considered the most outstanding construction of the architecture present in Istanbul and one of the most representative buildings of the Byzantine style in the world. Therefore, the building marked the beginning of the Middle Ages and influenced medieval architecture for almost ten centuries. Later, it was a Christian church until it was transformed into a Muslim mosque when the Turks conquered the city in 1453. Today, however, since 1935 it has been a museum of religious art. 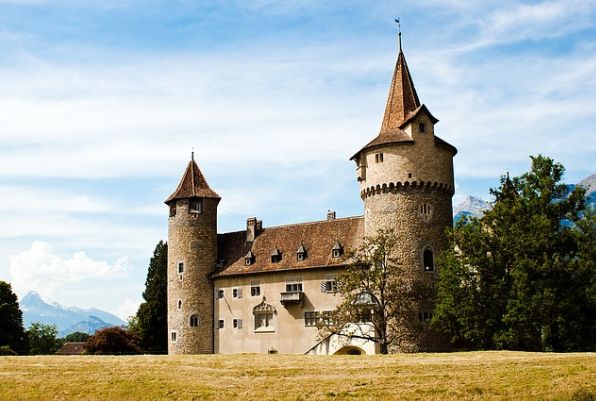 Romanesque architecture, on the other hand, began in the tenth century, and began to be so called in 1818 by the Norman intellectual Charles de Gerville. It is possible to speak of two great stages: The first, which dates from 950 to 1060 B.C. It was born in southern Europe, highlighting the elaboration of the churches, because they have a mere plant, with one or three naves that end in an apse without transept, small and thick, being the wooden cover then replaced by a stone vault.

The second part corresponds from 1060/70 to 1130, taking hold from the 11th century, a period in which the buildings have specific conditions in their construction, such as the use of the Latin cross plan, which was the most common. Likewise, the stone vaults extend to the nave, although always covered with wood. Likewise, barrel vaults and groin vaults are the most commonly used. Likewise, they are supported by thick walls, lateral naves and buttresses. In the same way, three levels are raised, with large windows on tribunes that allow the entrance of light directly to the nave, becoming a solution that will be imposed in Gothic buildings. Generally the interior of the churches is painted, but it is not known in what proportion.   On the other hand, in the Gothic style, the Germanic origin stands out, characterized by its elongated lines with arches of innovative appearance and ornate exterior ornamentation.

This architecture was developed during the European Middle Ages and includes the Byzantine, pre-Romanesque, Romanesque and Gothic periods described above. It should also be noted that it reflects a series of specifications and episodes related to the construction of castles, their defense, hygiene, the panopticon, family life in palaces, the influence of the Black Death, among others. Some of these specifications in the constructions are briefly described below:

In medieval architecture, spaces that served as defense in the buildings are highlighted. One of these spaces was the so-called moat, built as an obstacle to prevent the assaulting armies from approaching the walls. Similarly, the Barbacanas were also built, which were also fortification works located in front of the walls to protect the access gate.

In the same way, the so-called Torres del homenaje were built, which was the main tower of the castle, normally the tallest and strongest, located in the most easily defended place.  Likewise, the rake was made, which used to be a heavy grille, topped at the bottom with spikes that formed part of the fortifications of the gate, along with the drawbridge and the barbican. It also included the so-called Adarve, which was a fortress wall that connected the different elements of vertical defense, with guard posts. It could be covered or blown up between two towers to defend the main gate of the castle.  Similarly, the panopticon was built as a kind of prison, to allow the guardian, garrisoned in a central tower, to observe the prisoners, confined in individual cells around this tower, but without being aware that they were being watched. 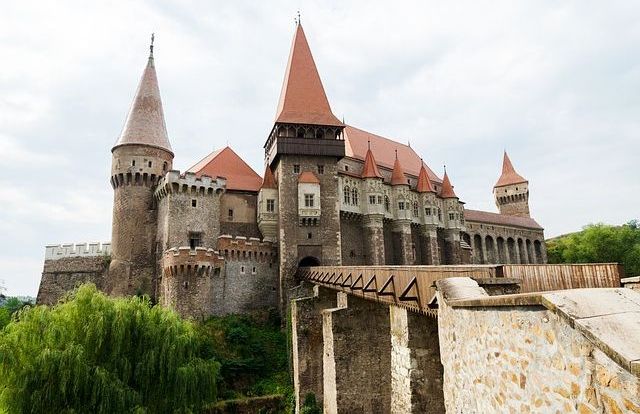 How did Medieval Architecture develop?

Medieval architecture, by imposition of governments, used labor, mainly slaves and lower class workers. Slaves and those who were traded by other nations were taken from the conquered territories. They worked eight to twelve hours a day, except during religious festivities. Likewise, slaves were paid only with poor food and very poor housing. Laborers were only a step above slaves, the latter being paid at least some money, food in general, and housing in somewhat better condition.  Likewise, community life was mostly in the church. The cities were very precarious and did not have sewage systems or sewage pipes, so garbage and human waste were thrown into the streets proliferating rodents and diseases. Likewise, the structure of the houses was made of brick, adobe or stone, as well as tiles covering the floors. A later fact that indicated progress and social status in the architecture of the houses, was the presence of glass in the windows that closed in the house.

How is Medieval Architecture classified?

It is classified into three periods, Byzantine, Romanesque and Gothic. Each period stands out for the characteristics of the buildings. In the Byzantine period, a great contribution is the use of curved roofs over a square space through the use of pendentives on the columns. To make the weight of the dome lighter, light and porous stones are used, as well as ceramic elements, hollows, such as cones, tubes or opposing tiles, also accompanied by pressure counterweights by means of semi-domes, buttresses, vaults and thick walls, forming the domes on pendentives. In the Romanesque style, the composite pillar and prismatic core, the semicircular arch, the half-barrel vault and groin vault cover stand out. In this sense, as it is basically a religious architecture, the temple stands out as an emblematic building. Since the Christian Church is an institution that seeks durability over time in its constructions, these were determined by two values that are sought in architecture: solidity and duration. Similarly in the Gothic, although architecture was still subject to basic rules of geometry, the buildings were freed from the previous rational rigor, the structures were freer and more spontaneous, classifying them as a living organism that grows towards the sun. Thus the components seemed confused, disordered, pejoratively qualified as unworthy, in contrast to the perfection and rationality of classical art.

What is the legacy of Medieval Architecture?

The most important legacy that distinguishes this architecture from the rest is the flying buttress on the columns of the churches. The flying buttresses were the great discovery of Gothic architecture to achieve greater slenderness. Also the buttress that can be seen outward on the sides of the Gothic cathedrals. Because it is these buttresses that counteract the thrust produced by the vault.

What are the types of Medieval Architecture and the most representative examples?

In the 15th century, Italian humanists thought that Northern Gothic and Franco-Germanic architecture recalled a period of barbarism between the glories of Greek and Roman antiquity and that time. Therefore, they began to derogatorily call this period the age of obscurantism. The Italians, especially the Florentines, perceptive of a renewed confidence in their intellectual capacity, wanted to develop a new architecture, based more on the possibility that it could express the mathematical clarity and rationality they perceived in the divine order of the universe than on the traditions of the church. Thus this new architecture would not need to point and rise to the sky, but, like Roman architecture, would be attached to the earth, emphasizing the horizontal line, and thus arose Renaissance architecture. 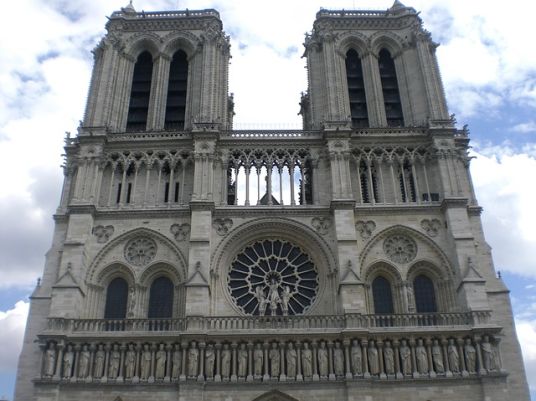 The Cathedral of Notre Dame of Paris

This cathedral was built between 1163 and 1245 in Paris. It is one of the oldest cathedrals in the world. The name means Our Lady and was dedicated to the Virgin Mary. It has been renovated several times in its eight centuries of history, replacing the flying buttresses, and inserting a rose window in the south side, also reforming the chapels and added statues. Important events such as the coronation of Napoleon Bonaparte and the beatification of Joan of Arc have taken place here.

The Church of Maria am Gestade

Founded in 1394, this church was built on the site of a former wooden church. It is located near the Danube Canal, considered a place of worship for fishermen and sailors.  The choir is composed of two Gothic panels.

This cathedral is located in St. Stephen’s Square in Vienna, capital of Austria, it was founded in 1137 and is the emblematic religious representation of the city, as well as the seat of the archbishopric.

Built in 1600, it is a fortified church located in the north of Synkavichy, Belarus. Its structure was designed and built to resist enemy attacks. It has a rectangular shape and is flanked by defense towers, in its structure is represented the medieval architecture, whose outstanding element are the pendentives on the square columns or other geometric shapes.