What is Baroque Architecture?

Baroque architecture is a discipline that emerged with Baroque art and was a product of the influences of Renaissance art and Mannerism. This style of architecture originated in Rome in the 17th century and gradually moved to the rest of the European countries in the 18th century.  In many of the countries of Europe, such as England and France, a more rationalist baroque emerged, which was a derivative of the Renaissance and which was called Baroque Classicism. However, in the 18th century in France another type of art was developed, based mainly on the decorative arts, which was called Rococo, although this style of art emerged in Rome around 1630 until 1670.

The main characteristics of Baroque architecture are based on the use of ellipses, curves and spirals as well as complex polycentric forms. In addition, this architecture relied on two other very important disciplines, painting and sculpture. With these disciplines very exuberant and artistic buildings were created.

The Baroque Idea of Buildings

Baroque architects understood buildings as a single mass that was formed according to a series of requirements. Likewise, in the Baroque description it was more suitable to draw the conformation of an imaginary mass of soft plastic or clay. For Baroque architects, a building was to some extent a kind of large sculpture.

Plans on the ground

This conception had a vital effect on the ground plan, the contours of the building as seen from above, came to be adopted, which led to the rejection of simple, elementary plans for analytical plans that were deliberately preferred by Renaissance architects. Their place was taken by complex, rich and dynamic designs, more appropriate to constructions that are no longer thought of as created by the union of several pieces with their own autonomy, but something like hollowed out, in the form of a compact whole with a series of contour demarcations.

Typical elements of baroque architecture are the ellipse or oval schemes, or much more complex ones that derive in complicated geometric figures. 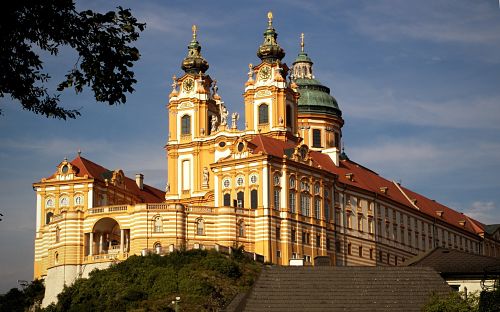 In Baroque architecture, in addition to its complex ground plans, the resulting curving of the walls was therefore another exceptional feature of Baroque buildings. Not only was the conception of the building as a single entity, but they also introduced another Baroque constant, the idea of movement, into architecture. And indeed, once discovered, the undulating motif was not limited to the walls. Thus, the idea of giving movement to an architectural element in the form of more or less regular curves and counter-curves became a dominant motif in all Baroque art. Curves were made in interiors, from the church of S. Andrea al Quirinales by Gian Lorenzo Bernini, one of the main creators and exponents of the Roman Baroque, to that of S. Carlo alle Quattro Fontane or S. Ivo alla Sapienza by Borromini, his closest rival. So were the facades, as in Bernini’s plans for the Palais du Louvre in Paris and generally in the work of Italian, Austrian and German architects. Even the columns were designed in an undulating manner.

Churches of the period were always built with vaulted ceilings. Thus, vaulting is first used in Roman architecture. However, in Baroque architecture it is made with a collection of arches, since the arches tend to exert outward pressure on the walls, as a support. For in any vaulted building a counterforce to this pressure is necessary. The supply element is the buttress, a particularly typical feature of medieval architecture. In order to introduce the buttress into the baroque construction it had to have a shape compatible with that of the other members in order to avoid the reference to the gothic architecture of the past. 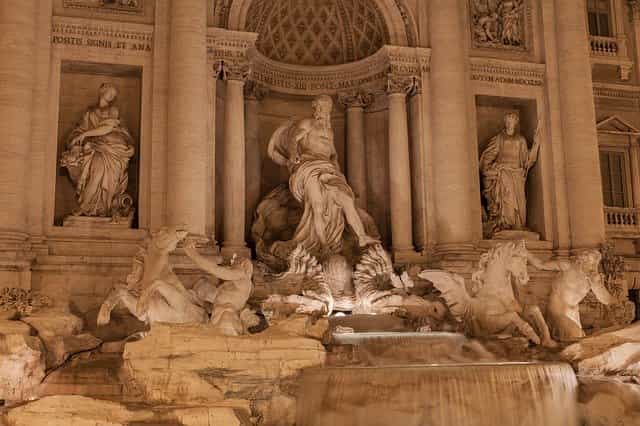 The main themes on which Baroque architecture was based are:

This theme stood out mainly in the year 1585 when Pope Sixtus V started an urban modification in the city of Rome. This process was to create a ratification in Rome, for that purpose centralized plans were used to create a more open and dynamic vision of the city. In addition, central focal points were created through the placement of high domes and obelisks used in Egyptian art.

The starting point of Baroque architecture is believed to be the Church of Gesu (in Rome) which was built in 1568. This building had a great influence of Mannerist and Renaissance architecture, although the Baroque style predominated over the others. A Counter-Reformation was carried out in which a Latin cross base was used with a great variety of side chapels. Therefore, baroque architecture was very present in the construction of churches with the design of the dome.

When talking about civil architecture we have to differentiate between two types of constructions, the palaces (usually located in the city) and the villas (located in the countryside). In the palaces we could observe highly decorated and central bodies in which the giant orders were used. In addition, larger symmetry axes were created inside the building, giving rise to a courtyard and an internal vestibule. In France, however, the palace retained the plans of the ancient castles of the Middle Ages.

Due to the climate in France, it was necessary to opt for staggered facades and walls as well as wings on the sides. One of the most outstanding examples of this type of Baroque architecture was the Luxembourg Palace built in 1615.

In the baroque architecture within the palaces, two different types of constructions can be observed, which were created in the same period but were different from each other. Also inside the palaces there were some pavilions that were not intended for local services but had rooms on each of its floors.