What is Shadow Theater?

Shadow theater is a type of theatrical entertainment performed with puppets, probably originating from China and the Indonesian islands of Java and Bali. Flat images are manipulated by the puppeteers between a bright light and a translucent screen, on the other side of which sits the audience.

Shadow plays are also performed in Turkey and Greece. In the 18th and 19th centuries, shadow plays called Chinese shadow plays achieved a limited degree of popularity, especially in France.

Leather puppets, are exquisitely decorated, are used in a shadow theater that has become known throughout the world and is represented in many museums.

Shadow theater is an exhibition in which the shadows of flat-jointed puppets are projected onto a screen that is viewed by the audience from the other side. Such shows originated in East Asia, and were popular in London and Paris in the 18th and 19th centuries and survive in traditional form in Java and Bali.

Sian shadow theaters documented during the millennium are diverse in terms of their geographical, religious, and cultural backgrounds. The Javanese [wayang] kulit purwa uses intricately pierced and painted opaque figures that are performed by a single master puppeteer called [dalang] accompanied by an orchestra of gong bells (gamelan), who presents stories from [Mahabharata] and [Ramayana].

How did the Shadow Theater develop?

Philippine shadow figures were observed in the 19th century but disappeared before the revivals of the 20th century. The wayang kulit operated widely in the East Coast area in [Malaysia] where the now rare wayang java and the Kelantan wayang siam featuring stories from the Ramayana are found. Related to the Kelantan art is the nang talung/nang dalong of [Thailand], found among Thai and Lao speakers. The puppets are translucent and colored, perhaps due to Chinese influence.

Characteristics of the Shadow Theater

The prototype of the figures is the wayang kulit, or shadow puppet made of perforated and elaborately carved leather. Plays using wayang puppets are set in mythological times and dramatize episodes from the Hindu Rāmāyaṇa and Mahābhārata epics. Some are of Javanese creation, being more elaborate from the legends of the five heroic Pāṇḍava brothers.

These highly ritualized midnight-to-dawn performances can be seen from either side of the screen, some of the spectators seated behind the dalang (puppeteer), but most connoisseurs prefer to see the figures as shadows cast on the screen. When the characters are presented, the figures representing the forces of good are on the right, those of evil on the left. 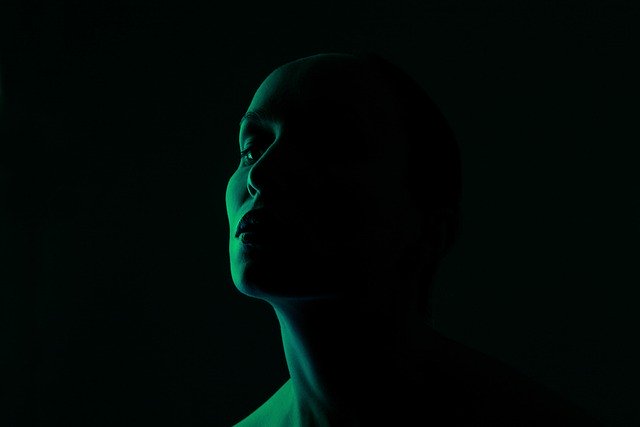 The stylized forms and movements of early wayang kulit puppets were imitated by other forms of wayang, notably wayang golek, or three-dimensional wooden figures manipulated by rods, wayang wong, a pantomime of live actors, and wayang Krunchil, wooden puppets in low relief.

Wayang influenced European puppetry through the work of puppeteer Richard Teschner, who, in the early 20th century, fused the artistic quality and simplicity of wayang with Germanic technical excellence in his Viennese puppet theater, Figuren Spiegel.

Representatives of the Shadow Theater

The Chinese shadow theater (Ombres chinoises), is a European version of the Chinese shadow puppet show, introduced to Europe in the mid-18th century by travelers. Soon adopted by French and English performers, the form gained prominence in the shows of French puppeteer Dominique Séraphin, who presented the first popular Chinese shadow theaters in Paris in 1776. In 1781 he moved his show to Versailles, where he entertained the French court, and three years later he established a highly successful puppet theater in Paris.

Karagöz, (Turkish: “Black Eyes” or “Gypsy”), is a type of shadow theater named after its action hero, Karagöz. The comedically risky plays are improvised from sets for local audiences in private homes, cafes, public squares and courtyards. Karagöz’s play was apparently highly developed in the 16th century and was adapted in Greece and North Africa. In the 20th century, however, Karagöz’s plays have lost some popularity to cinema and other forms of entertainment.