What is Farce Theater?

The word farce (stuffing), essentially refers to a mixture. In the theater, the word designates in the first place, a small and mischievous play, in which it is mixed as a varied ingredient, in the representation. In other words, it is a small comic interlude introduced into a serious play.

The farce is a theatrical genre that appeared in the Middle Ages and was intended to make the audience laugh. This short comic play was inserted in the performances of the mysteries. Generally, the farce represents situations of popular everyday life. Thus, the farce theater of Master Pathelin falls into this category.

From the 16th century, farce theater became a type of independent theater. It is then a buffoonish play with a coarse style that plays with the comedy of the situation, the comedy of words and the comedy of gestures.

The farce is a small piece incorporated into an edifying spectacle (a mystery) to relax the audience gathered around the boards arranged on trestles. In fact, there is no building at that time that would later be called a theater. Later, farce would be performed independently at fairs and markets.

The farce theater is composed of about 300 to 400 verses, the farce presents three or four characters, mostly people of everyday life. For example, the deceived husband, the cunning wife, the priest, and so all the professions of the Middle Ages that are also represented in the coppersmith, the miller, the pastry cook, the salted cook, the judge, the sergeant, the shepherd, among other characters.

How did farce theater develop?

Originally, the farce was conceived as a moment of relaxation and laughter during medieval mysteries. Farce is usually associated with a grotesque comedian and jester, a fat laugh and an unrefined style. It is often defined as a primitive and crude form that cannot rise to the level of comedy.

Fortunately, nowadays, farce is no longer so despised and many contemporary authors use and abuse it. Beyond laughter and primal impulses, farce has the power to question values and break taboos.

The farce theater is the ancestor of modern comedies, the farce appeared at the end of the fourteenth century. It is a comedy often short in verse, based on stage play, and with a familiar level of language.

The aim is to make the audience laugh, by means of a rude comedy. The characters of the farce are few in number, and the plot is generally simple and based on deception, the deceived husband and the unfaithful wife, the charlatan doctor, the deceiver and the deceived.

This dramatic genre dates back to Greco-Latin antiquity, as illustrated by Aristophanes and Plautus, but conquered its status and popularity in the Middle Ages. It is a play of slapstick theater intended to provoke laughter by the simplest means, even the crudest, without any concern for morality.

Unlike the Commedia dell’Arte – in the 16th and 17th centuries the two genres met and enriched each other but retained their own genius, farce theater has a written text that leaves little room for the actor’s verbal improvisation.

Farce theater influenced classical comedy, just as the commedia dell’arte itself was influenced by it, and persists in its own name even in courtly entertainment.  Molière often picked up not only the theme, but also certain types of characters, even certain gestural effects. Thus, farce theater is defined by the very nature of its comedy, which is based on the distorting effect of a situation or character representing a certain norm.

Its themes and characters are drawn from everyday triviality, deceptions, tricks and mystifications are the lot of conventional couples, husbands and wives, salesmen and customers, masters and servants. Even certain types, such as the cantankerous wife, the braggart soldier, the old man in love or the pedantic philosopher, happily cross the centuries.

Their plot is quite simple, the deceived deceiver, for example. It is easy to see, therefore, it is sometimes difficult to draw the line between farce and certain comedies like the ridiculous Les Précieuses, for example, in which the beating and the disguise do not exclude the sharp satire of a certain society. 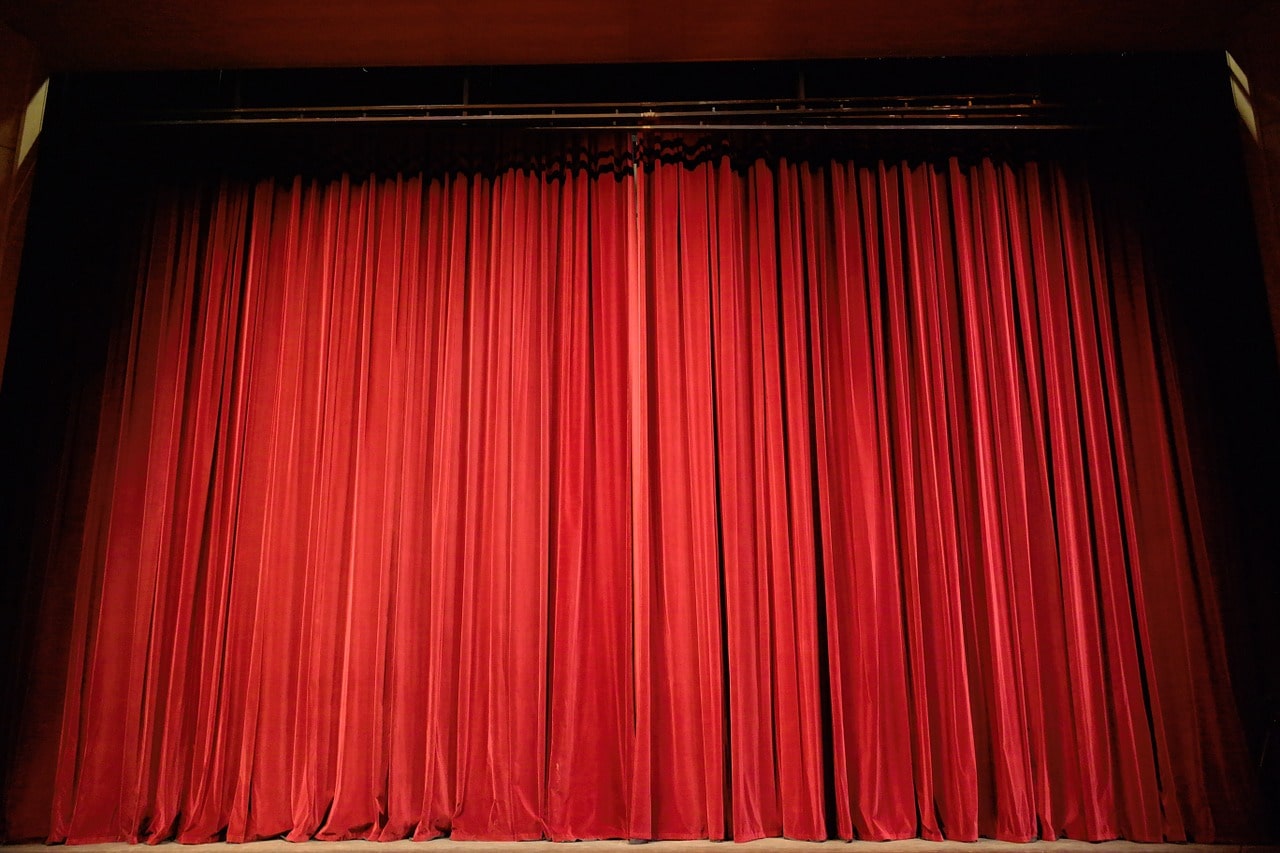 From the technical point of view, farce theater, is quite stripped of scenery and paraphernalia, it is based both on visual effects, due to the performance of the actor, who frequently uses the mask, and on verbal effects, of verbal overabundance and fantasy, lazzi, puns and prosodic (game of stamps or accents).

It is known that Molière excelled in comic acting, so his enemies called him a joker, a derogatory term, when he had his first successes, because laughter was the hallmark of the people of the time. However, little is known about the jokes in his repertoire and, more importantly, the performance, but there is certainty that the public approved of them, even at court.

Representatives of this type of theater

Molière is one of the representatives of farce theater, and two farces of questioned authorship are attributed to him as early as the 18th century, La Jalousie du Barbouillé and Le Médecin volant. In France and England, farce theater began to be used for improvised and farcical interludes that the actors made in the middle of a religious drama in the theater called mysteries.

The farce theater was composed of comic plays on stage from the tenth to the sixteenth century, with a repertoire ranging from comic monologues, to the joyful sermons of jugglers, heirs of the Latin mime tradition. This theater presents ridiculous situations and characters where deception, misunderstanding, cunning and mystification reign.

The great changes that appeared in France in the 17th century, in the theater, were with the contributions of the commedia dell’arte and its influence on the French farce. In his travels through France, Jean-Baptiste Poquelin, known as Molière, met comedy actors, who, inspired by the techniques of this theatrical genre, began to write farces, using the literary instruments of the commedia dell’arte, such as the lazzi (verbal and gestural acrobatics), the quiproquo and slapstick humor. 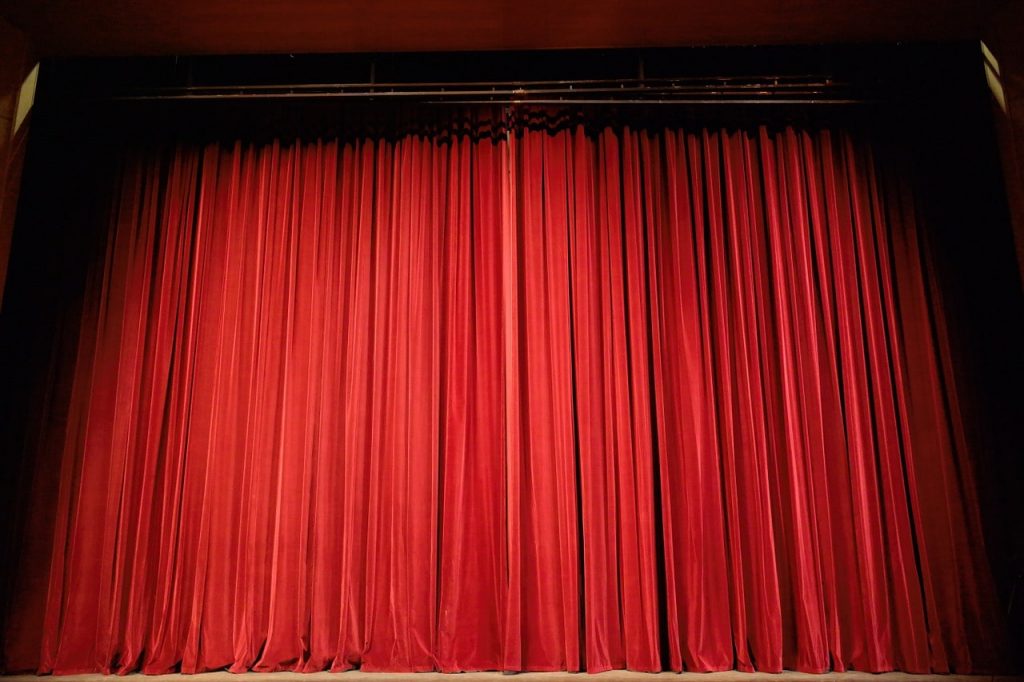