What is the lyrical abstraction?

Unlike all other currents of abstract art, the basic principles of lyrical abstraction, are quiet, quietude, balance and harmony. What you say that you can differentiate this current is that the abstractions also represent feelings and emotions of the artists but was that they could be understood by observers.

The artists appropriate color, funds, lines and geometric shapes to create a harmonious composition. Therefore they are not identified with the objective reality, therefore, this fact leads to the observer to make their own conclusions and impressions of the meaning of observed objects. By is why create new figures and forms that by themselves do not represent anything for the public in general in order to arouse new emotions and feelings also. Therefore, when looking at these works the observer is confronted with big contrasts in color, shapes and available and ordering on the canvas, but that at the same time represent a Masterful harmony and create in the viewer feelings of peace and enchantment, ergo, the lyrical abstraction of Paul Klee. 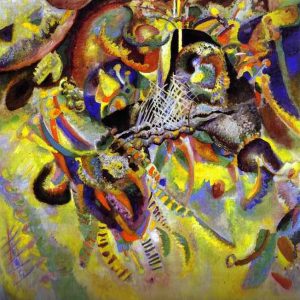 How was lyrical abstraction developed?

The first thing which that should be highlight is that lyrical abstraction is a style, which comes from the current abstract, but that makes a strong emphasis on color, because they work with great depth, strength and harmony, chromatic, formal aspects and structural. These aspects are emphasized through the exaltation of  courage and strength, aside from natural forms. Therefore, it does not use the figurative representation, since it is not considered important. Therefore manages own visual language which gives their own meanings. Thus, the visual language is the shape, color and line, by means of which creates a composition that exist completely independently of the visual or figurative references in the world.

In this sense, is at the end of the 19th century, due to the changes that were taking in technology,  sciences and philosophy, when several artists raised the need for the creation of a new kind of art,  that was linked with all of these changes due to the process of abstraction that is considered apart from reality, since it was  distance in light, partial or complete way to accurate representation. Therefore, total abstraction does not maintain any reference to anything that can be recognized, while almost always figurative and realistic art contains something, even if it is a minimum of partial abstraction.

Thus, with these ideas and positions  emerging artistic movements presented a partial abstraction such as fauvism and Cubism. However pure abstraction that emerge later in 1910 was already influenced by the emergence of photography and this fact causes a crisis in figurative art, and it is abstraction that becomes one of the more important art of the 20th century.  So it could then be said that abstract art by itself, reformulated the art as a free practice positioning to the artist as a carrier of a part of the truth, which then lead to a change in the area. So, with these postures are glimpsed two visions such as:

That decision as principles the symbolism and the expressiveness of colors, capturing in the work the emotional state in which was the painter, linking the use of color to the mood of the artist, because in moments of exaltation then apply strong and shocking shades. But if it was in uncertainty or confusion then used colors flat and fuzzy, for example. Therefore, the origin is linked to the Fauvist movement.

Simplification and an ordering of forms and colors, which is taken from the mathematics, specifically geometry is maintained. Putting meanings that cut the figurative work. So the evidence of these changes are observed in the works in the traces of vertical, diagonal or horizontal lines and keep planes passing of very colorful to the monochromatic. Similarly, in geometric abstraction focuses the Viewer to get the possibility of the presence of a message within the work. Of way, the origins go back mainly to Cubism, strictly geometric. 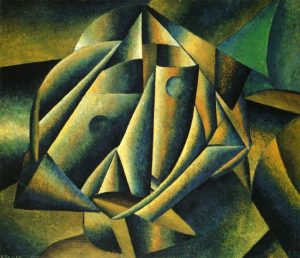 What was the major legacy of Lyrical Abstraction?

This derived from the abstract art movement influenced not only painting but then also other fields such as architecture, sculpture and music. To say the least in the legacy architecture boils down to two concepts that constitute its central projection, as the outer continuation of the interior space, the harmony within are nature and architecture, as well as the creation of an expressive space in the Interior of an abstract volume. From the sculpture the greatest legacy is in the use of materials such as steel and aluminum creating geometric compositions of abstract character. Therefore, entries configured nuanced playing with the module, with the series, with light and color, in an art of significance.

Were who their representatives?

Major representatives were: Kazimir Malévich, (1878-1935) Paul Klee (1879-1940) Wassily Kandinsky (1866-1944) Piet Mondrian (1872-1944) Vladímir Tatlin, (1885.1953) Jackson Pollock, (1912-1956) Robert Delaunay, all of them are located mostly in the abstract painting is presented through two trends, lyrical or chromatic abstraction and geometric abstraction.  So one of biggest references in this field was Wassily Kandinsky performed very sentiment-filled abstractions. Taking as the key of the lyrical abstraction in the works from him and other artists wanting to get to relay the emotion in a way that could be understood and shared by the public. Thus, when looking at the paintings of Kandinsky, function expressive and symbolic colors, characteristic of abstraction, is regarded at the same time that are glimpsed the emotions in the contrasts of colors in these masterly paintings. 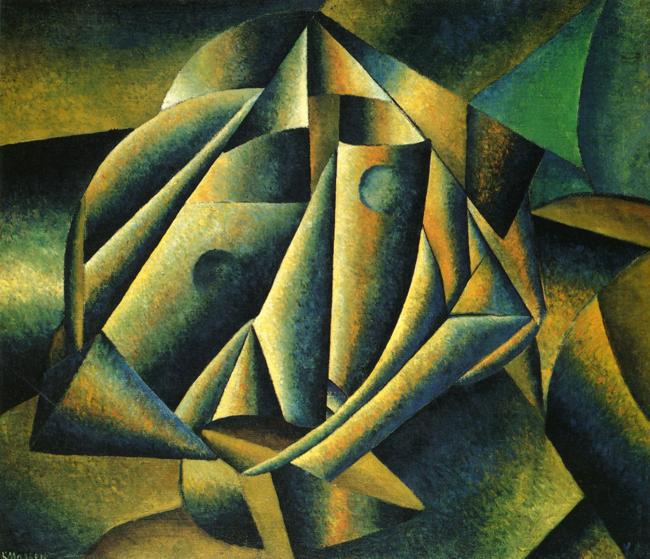 Last update on May 3, 2021
Published May 3, 2021
Author: typesofartstyles
Categories: Art
Tags: There are no tags for this post