What is the Expressionist Art and What is its Origin?

With its origin in Germany in the 20th century, Expressionism was established as a cultural movement that took important elements to shaping its style in different fields, such as dance, theatre, visual arts, photography, literature and cinema, among others, thus being a movement of great diversity.

The expressionist movement appears initially in the field of painting at the same time of the Fauvist movement of France, so these two movements are consolidated as the early exponents of the avant-garde. 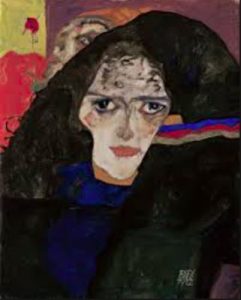 These are most representative of the expressionist art features that allow us to know  what was proposed by this current during the time of its apogee. Expressionist art reveals a strong inclination for interior vision and profound expression  of each of the artists through works, giving a higher priority to feelings and emotions of the artist, highlight the freedom of each individual, loneliness, using more vivid colors to solid their paintings.

At a general level, the Fauvist movement leaves aside the reality to go directly to expose expressions to provide a much more subjective sense, as well as propose new themes which were forbidden to express, as it is the case of the irrationalism, then the morbid, perversion, sexuality, and other topics were taboo in the framework of the artistic field.

It arises at the beginning of the 20th century in Germany, in Europe as one of the movements with greater variety of participation in artistic fields, thus having a style that enjoyed with several artists throughout history. It is as well as Expressionism can be extrapolated in space and time.

The influences received Expressionism were varied, having contact from the start with clear styles as: medieval art, primitive art, post-impressionism, symbolism, including neo-Impressionism and the Fauvism for colors and forms in some of his works.
Expressionism is understood, then, as a kind of deformation of reality from the beginning, going in search of subjective expression linked to the emotional nature and the human being in it.

During its boom, it was possible to determine two branches of expressionism, which were extremely important for the history of art, among which stood out:

In this style of expressionism in fields such as the works of painting, sculpture, literature and music, are by were the themes of nature as we see it and anything that has been created by human beings. It is then when shown the courage and the vision of the inner world. In abstract expressionism, it becomes the following:-you leave the sense of perspective – become abstract elements as animals, people, houses – are exchanged the characters known for figures made with geometric elements and colors seeking to capture the viewer’s attention through symbols.

Although talks of expressionist art are been done as a movement that was traveling to different countries of the European continent, it is in Germany where mainly resides and where it remains with greater strength.

To learn how German Expressionism was developed  it will be necessary to detail a number of peculiarities which contained this current, especially in this branch. German Expressionism had a directed vision, especially to a sense related to the social and political approaches, taking elements of classic Expressionism such as mysticism, here the artist wants to realize works on behalf of torments that affect their spirit properly and even of the other human beings, uses extreme colors that seeks to symbolize something specific and it is possible to highlight themes in this works full of pessimism, nonconformity and chaos. Despite the hardness of the works,  source of inspiration is focused on issues such as myths and dreams.

One of the features that most allowed expressionist art stand out and stay in the history of art is mainly due to their participation in the various artistic fields, among which we will find the following: 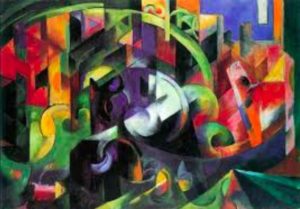 It is developed in this field in countries such as: Czechoslovakia, Germany, Netherlands, Denmark and Austria. Using structures that were present in critical situations of history as the first world war, the expressionist architecture had a great influence by modernism which started as an experimental process for using other elements.

Elements: The most important elements that begins to use the architecture of this current, include brick, glass and steel.

In the field of sculpture, this did not have a specific label, but it results from different individual techniques that were proposed by several of the artists seeking to express the rigidity of expressionism. In this sense include mainly the artists who were part of this branch providing techniques linked to express the deepest feelings of the time after the war, as anxiety, concern, fear, terror and despair, among others . The sculpture seeks creations closer to the popular scenes such as the situation of the peasants, everyday moments, the mores of the society and always leaving aside the imitation to find greater meaning in their expressions.

Began to appear in the year 1905 with content from the time of postwar, where was born the movement new subjectivity defending social techniques.

Main elements: The main instruments that gave shape to expressionism painting  include mainly the dynamism as an element of creation used in the works, the sentiment in performance as the essence for every one of the works and the presence of solid pure colors and in some cases mixed in parts.
Main features of the painting: Likewise, the artists create works which highlight strong characteristics that have allowed to consolidate power in this artistic field, such as the search of expressions from the inner world of each artist, the transmission of emotions, sensations and feelings through the canvas and a strong intention to leave aside the realistic world to give the viewer another possible focus.

As another field of expressionism,  literature,  begin to appear issues such as the war, the city, fear, love, anguish, terror, delirium, madness, nature, among other issues that played directly to the human beings for the time.
The writers of the expressionist movement focused on the criticism of the bourgeois society which was then in the era as well as the alienation of the individual during the industrial era, family repression, militarism, among other complex areas. For its part, the writer as artist of the Expressionist literature seeks to exhibit the reality distorted with an essence marked from an internal focal point where brings out emotions and subjective feelings of the human being.
Features of Literature: the field of expressionist current literature was marked because the artists were not limited to offering reality, but always explored beyond to enrichment of works, besides that, the writer didn’t matter bring out to the viewer deeper odious and terrible phases of their being. The writer also avoids capture analysis related to real-life situations, so  goes in other ways linked to issues such as the macabre, the perverse, sexuality and eroticism, death, disease, the sinister and other strong areas for the epic that was not banned to use.

Looking for new ways to grasp the current reality in the cultural context of what was the industrial stage, as well as social evolution. The narrators of expressionism seek to take elements as the concurrency with a depth of each of the artists style.

The themes of expressionist poetry, on the other hand, had very diverse contents, however were based primarily on the reality of urbanity, touching on subjects with desolate, apocalyptic, perverse, grotesque, features among others. They used a penetrating content, without fear of setting aside the syntactic rules.

Drama and performing arts as theatre looking to put aside reality, naturalism, and the imitation of what the outside world looking for expressing the essence of things, manifesting the intention of seeking a subjective view by the spectator. The theatre for this stage was to use as a mediator between life, the new ideals that were emerging, philosophy and morality.

One of the most noteworthy Expressionism is the music, which receives much of the importance of the movement. This field looks for ways to create new musical languages, leaving instruments notes to flow freely without any interference from the composer in the process.

In regard to the expressionist dance, it begins the search for artistic  new forms of expression that contained themes as freedom with large and elongated body movements. The self-expression of the body, the relationship with space and expression takes a substantial importance.

Only later expressionist cinema of the first world war appears as a movement in film, so it appears when the stream was ending and kicking off the new objectivity. The main features of film focused on the expressiveness of the human emotions, formal distortions and elements that had been developed by the expressionist theatre.

Most Important works of the Expressionist Movement

These artists are the most representative of the expressionist art whose works contributed to the movement, and marked an important part of the history of art and the history of the World:

The artist was born in Germany,  the most important representative of what was all the expressionist movement of the era, where as one of the leaders, maintains a clear definition of Expressionism in important works as it were: the cry, the burial chamber, and the dying girl, among others.

These were works expressing sensations and feelings as the melancholy and the symbolism of each of the elements that were present in the canvas. His works also show dark aspects with neutral and muted colors that give rise to a funeral and sad scene.

One of the main features that highlighted this artist was the application to his works of comic elements and with ridiculous touches that were expressed with feelings that distress and dealt with human beings. This allowed him to use other elements of color in his works, with clear and much warmer tones. The work that stands out most is ‘El asombro de Wouse camera’. His style is enveloped by the use of masks and visionary elements that tends to interpret and create as animated beings in the works.

Stands out mainly for its inspiration in the subjective sense, being one of the Expressionists who stood more by the direction and the tendency of the expressionist movement. The work that the artist is best known was called ‘ the burial and moscar’.

Artist that not only belonged to the expressionist movement but that also participated in the Fauvist movement, touched themes mainly religious with a high content to the topics of Christianity. His works are items loaded with feelings, being one of its most important qualities. Among his major works are the following: ‘the judge and the old King’, ‘The divine face’, ‘Head of Christ’ and ‘Crucifixión’. Each of the feelings that the artist intends to express is enclosed by masses that compacted the colors with thick black lilies. His works are strongly loaded feelings and emotions.

He is from Italy, the artist is influenced mainly by the Florentine and Venetian masters who manages to get important instruments that enabled him to put his own touch within the expressionist art of particular and very personal way. Mainly stood out in the area of sculpture. ‘Seated nude’ was the most important work of this artist and was after his death that the artist begins to be noticed more and more within the expressionist movement.

This artist from Austria leads its field of painting to a sort of imagination literary characters that takes up of writings of youth representing his works on canvas. His work focused mainly on the creation of landscapes. Among the most important works of the expressionist painter are the following: ‘The bride of the wind’, ‘Amsterdam’, ‘Marseille post’ and ‘The Professor Forel’. However, the works of this artist have other elements and styles different to the proposed initially, because he also painted psychological portraits that were far from the similarity with the physicist who modelled for his works, so that the essence is that was leaning toward internal aside from external reality. 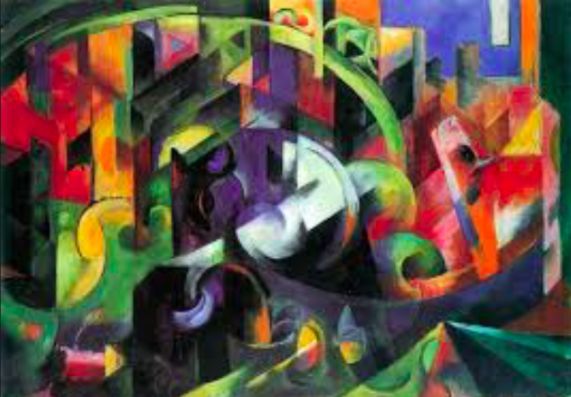