Futurism is an art movement and letters that originated in Italy and is intended to generate a different art which was beyond the traditional, conventional. With a strong emphasis on poetry. Therefore, to determine from those of  traditional created some postulates based on exalting the sensual, national, warrior, the worship of the machine, and reality in movement, which was the objective in the literature, the spatial arrangement of written to give plastic expression.

The movement was created by Filippo Tommaso Marinetti, also drafted a manifest as it was the style of art movement founding at that time. Rejecting the established, traditional, so, its avant-garde current focused on two key issues as they were the machine and motion. This because used any means of expression in the Visual Arts, architecture, urbanism, cinema, fashion, poetry, among others, to make art in action in order to create a new world order. 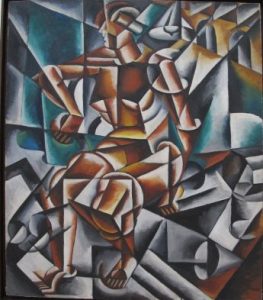 How was the futurism developed?

Their avant-garde ideas did seek to change not only the art, but also sought to transform the reality and existence of integral life of the human being. Therefore, they disseminated futuristic aesthetics with an ethic of macho and provocative origin, also highlighting sport and war, violence and danger. Futurism was progressively politicizing to coincide with the thesis of fascism, making.  Marinetti, entered the movement in 1919. In its manifest, there is a point where he says he wants to glorify the war as the only hygiene of the world, promoting militarism, patriotism with a destructive anarchist gesture, also stating in his manifest that exalts the beautiful ideas which kill, showing also a contempt for women.

What are the characteristics of Futurism?

What most characterizes the futurism is the plastic dynamism and movement. Therefore, the dynamic was reflected in compositions with striking and vibrant highlighting color, used to generate a multi-sensory parallel integrating the dimensions, space, time and sound. So in the beginning, they used the divisionist technique, brought from neo-Impressionism to achieve artistic objectives. Subsequently, they applied the abstract Cubist technique to dematerialize objects. A relevant fact of the plastic in this movement is that it took the principles of the simultaneism, i.e., multiplication of the positions of the same body, shaping lines of force, to achieve the intensification of action through repetition and the juxtaposition of the obverse and the reverse of the figure.

Which are the types of futurism?

Futurism was also extended and carried out in countries such as Russia, France, Belgium, Yugoslavia, among others. However, in Italy, where it was originated, holds that futurism had two stages: A first ranging from 1909 until the 1920s and a second phase, which begins in the 1920s until 1938. However, this second stage was very marked by the prevailing political situation at the time.

There are eight characteristics that define and mark the futurism, reported in various publications, they are:

3.The fascination with machines. They adored the machines and they sought to break with the bourgeois culture, they seek to destroy it with an expression of the aggressive aesthetic of urban life. So its goal was to destroy the existing reality. 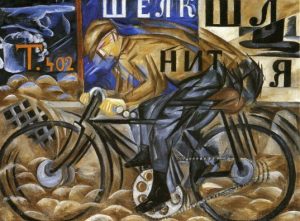 Which are the Futuristic models?

You could say that there are no models per se in futurism, but in each space of art and urbanism there are a few specific features, which are summarized as follows:

What is the legacy of futurism?

Futurism even when it was linked with fascist ideas that promote aggressiveness, demonstrated in violence, the value of futurism is priceless, in the sense of being one of the first avant-garde currents that pave the way for the establishment of new cultural movements that emerged in the twentieth century.  So beyond their artistic merits, create aesthetics from scratch, which allowed a profound renewal of the technical and artistic principles, which effects are not limited only to the cultural, transcended as wanted to its creators, to the point of change politically the status quo of the Europe at that time. Thus futurism and its principles, have managed to convulse the world, because they not only opened the doors of a new century to other vanguards changing the world art, but also made history by changing all the European reality.

In relation to art, the biggest change that took place was at the level of the subjects where broke with greater belligerence with the realism of the picturesque setting of much of the Italian painting of the new century, dominated the browns and lands to represent workers and peasants. Therefore, the futurists used thick strokes, colors flat and shrill to achieve a good geometrical representation of distinctive elements of urban modern life such as automobiles or electric light. In its paintings  can be seen manifest interest in bear movement (away from the two dimensions of a fixed image), so, some of its works are also more than apparent on the admiration felt by the war.

It is important to highlight in this sense, from writing books such as the book warpainting (Guerrapintura) of Carlo Carrá, which was published in the European spring of 1915, when Italy entered the first world war, in which is preached and is evident futurism in the political aspect. So the book’s cover features a series of symbols of catchment and suggestion in the title and subtitle such as futurism political dynamism, warrior drawing, word released, thus marking the aesthetic horizon of the second decade of the 20th century as a book of a display of art that contain a dynamic design  and scarce in decoration, as well as by the virulence of its proposal. At the same time, this futuristic book turned out to be a holder of speeches, promoting intolerance and nationalist feelings  that had a considerable response among Italian intellectuals of the time. 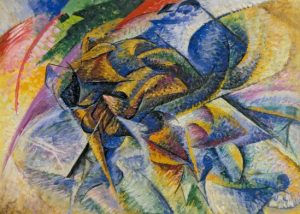 What are the main representatives?

Some of the main representatives are: the founder of futurism, Filippo Tomasso Marinetti (1876-1944), Italian political activist and writer. The poet and novelist and essayist of Gallic origin, Wilhelm Apollinaire’s Kostrowitsky (Rome, August 26, 1880 – Paris, November 9, 1918), known as Guillaume Apollinaire and, simply, Apollinaire. The poet, dramatist Vladimir Mayakovsky Russian revolutionary who is considered one of the most important figures of the early 20th century of Russian poetry. This poet was the creator of Russian Futurism. So, published together with David Burliuk and Velimir Jlébnikov, his manifest the slap in the face  the taste of the public.

Include Giacomo Balla who began to paint from social realism, impressionism and post-impressionism, also, this painter in conjunction with Umberto Boccioni and Gino Severini signed the manifest of the Futurist painters, from painting, in 1910, becoming one of the most cross-cutting artists of the Futurist movement that then ends up leaving it in 1937.
Florentino Ardengo Soffici who develops a vision strongly advertising looking for the power of attraction and Futurism-based propaganda. Thus, Soffici works for the magazine La Voce, developing holders and magazine brand, being its main collaborator. What there is a story that is interesting to mention that after visiting a sample of futurism on Milan, Soffici destroys the movement. So, Carrà, Russolo, Marinetti and Boccioni will meet the artist and arose a quarrel which later culminated with the claim that Soffici made the futuristic system, defining it as the unique forefront 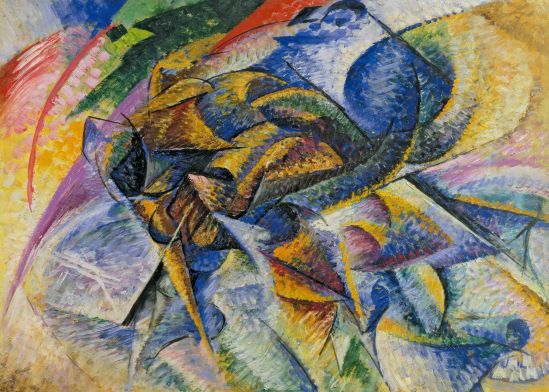