What is Dadaism or Dadaist art?

Art Dada or Dadaism was born in 1916 and is a cultural and artistic movement that arises with the intention of breaking systems, codes, and other elements set in the art world. Therefore, it is considered as an anti-artistic, anti-poetic and anti-literary movement that begins to search and question the existence of the art and its purpose, especially in poetry, literature, and art.

The Dada movement goes against the eternity of the values and principles, permanent beauty, the immobility of the thoughts, among other elements, therefore seeks to promote full of human beings, freedom seeking spontaneity, the contradiction of the fixed and chaos against everything that is given. 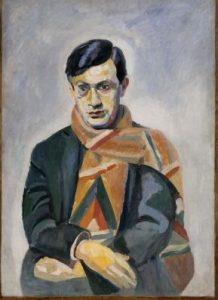 Main Features of the Dadaist movement

These are the most important features of Dadaism art

-Seeks to promote the imperfection to perfection and chaos into order

-Show an inclination toward rebellion, destruction and death

-They have an intention that goes against other movements such as futurism, Expressionism, modernism, abstraction and Cubism

– It is revealed against the conventions applied to literature and poetry

-The works contain: chaos, breakdown of traditional forms, waste, imperfections, among others.

Dadaism was born in 1916 with the booming the recitals of poems in Zurich, on the European continent, which had newly appeared as a result of the first world war where a willing haven had been organized for migrants coming from the rest of the continent and who wanted to escape the war. It was then that Expressionism, Futurism and French Cubism with representatives from these schools joined together to become a movement of rebellion that questioned the concepts implemented before the war.

It is as well as theatre director Hugo Ball in the company of his wife, that they have the idea of creating a literary coffee which became point of meeting for the exiled artists who arrived, which opened its doors on February 1 of the year 1916. So, it received artists such as Jean Arp, Richard Huelsenbeck, Tristan Tzara, Richter, among others. Subsequently its broadcast began with the publication in one of the magazines of the time, the Dada magazine, which spread the news to other parts of the continent and the world, when it arrived in New York.

Dadaism participated actively as a movement in different artistic fields, among which we will find: painting Dadaist painting of the Dadaist movement was one of the fields most noted among the public, which had with the solid intention to create a reaction in them and leave perplexed their faces with the observation of each painting.

-Removed the traditional techniques which then had the painting.

– Until then explored shapes are left aside for Dadaist painting.

– Leaning specifically to collages using different materials in them, as it is the case of diaries, fabrics, paper, wood, and so on.

– Starts the use of materials and everyday objects as a completely artistic articles and sense.

-Implements and incorporated unusual materials in the art field. 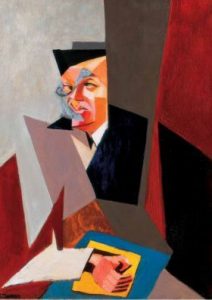 Figures made from the sculpture were done because of actions and form intended to ridicule as to its usefulness, emphasizing  humor, as well as becoming irony, the objective that they were within the society . Contrary to other areas, the sculpture is close to a way of life and  based on anarchism.

-It is one of the factors that most highlights this artistic movement in his iconoclastic attitude that is present in all the arts, as in the case of the sculpture it is not different since it goes in search of new typologies.

-Seeks to generate a reaction from the viewer in each one of works, but lacking this indifference visually.

-Stays in a completely free topography freely choosing the location of the next piece leaving order.

-It Is the author who decides if the work becomes a work of art or on the contrary, if it is not seen like that.

-The most important thing a work of sculpture in Dadaism is the intention of the artist and the idea that  want to print the sculptor.

For its part, the poetry of Dadaism begins to tilt towards the area of surrealism, so  implemented languages that seem to have no limits in its intention, where different  basic resources are taken  for its creation. 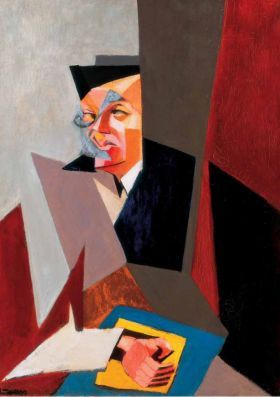