Women Painters of the Surrealist Movement

Surrealism is remembered by artists such as Max Ernst, Salvador Dalí, Man Ray, Buñuel and Miró, among others, but this movement was also important female representatives, that deserve to be remembered. These Surrealist Female artists, who from the twenties of the last century were partakers, in greater or lesser degree, a movement associated with men, that is surrealism.

Upon the death, had one hundred and one years, was an American-born artist wife  of the surrealist sculptor Max Ernst. She said that one had to keep the heads in the interior, away from the advertising world, and movie stars, except when needed to entertain themselves. Despite having worked in 1935 as a designer publicist illustrating fashion for Macy’s store ads. She made on canvas her self-portrait, bare-chested, with an outfit which reminds of the trunk and roots of a tree, probably anchoring the character to earth, simultaneously capturing reality merged with the dream, in which the woman opens a door and appear many other gates in a single work of perspective. A hairy creature, type complete eagle frame the painted scene surreal rodent-wings. 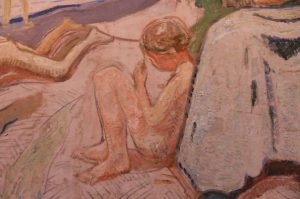 This painter was born in France and moved and die in Mexico, country that she adopted like many other surrealist artists who had settled in that territory during the 1950s. It coincided with Remedios Varo and Leonora Carrington. Her work was always marked by Mexican symbolism and traditions as exemplified in the glass box, work in which appear very clear Mexican symbols as tufts of feathers, beetles, scorpions and snakes. The references of the masks and costumes evoke her personal journey toward spiritual growth and mysticism.

Marie Čerminova left hes name in Czech by the sexless pseudonym Toyen, derived from the word ‘citoyen’ (from the French “citizen”). She sought to vindicate its parity with men in both artistic and personal level. Her erotic concept incorporates organs, orgias, lesbianism and phallic objects in her paintings, where translate a taboo inner world of sexual instincts and animal instincts, influenced by the father of psychoanalysis: Sigmund Freud. In the same way her paintings were influenced by the German occupation and Nazism such is the case of its war, and her artistic creation, at that time pursued as a ‘degenerate’ art, had to be confined to the underground.

Her work evidence architecture, with shadows, creases and metals, in a dynamic and movement embedded in an aura of statism, standing out from the other Surrealists for this hallmark. The artist committed suicide after her partner died the also surrealist Yves Tanguy.

Born in Argentina and settled in Italy, Leonor Fini underwent numerous views expressed in her paintings, since she wore a bandage in the eyes during her youth, because of an illness. Her canvases are provocative portray of the sexual liberation of women and castration, reflecting herself who was declared bisexual without remorse and openly expressed no interest in marriage and their preference for living in community, with a man who was her lover and another who was her friend. This Argentin painter brought her avant gardism up to her hair that  dyed blue, Orange, red and golden color. In 1942, Fini created the first portrait of a naked man by a woman. 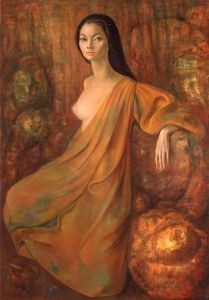 Maar, was the French Muse of Picasso in Guernica and training photographer, copied pictures of Picasso influenced by the Cubist artist in their own language, even imitating the portraits that same Picasso did, collaborating with him in translate two versions, two interpretations of the same art. As a result, her paintings were not appreciated in its originality since her work existed under the looming shadow of Picasso.

Stella Snead gave life to the art as well as art gave life to her. Even from teenager was depressive, with low self-esteem, trauma in her childhood by the difficult relationship with her mentally unstable father. She found an incentive to continue living from the first moment that was confronted with the painting. Her paintings show night scenes, exotic animals, scenarios of New Mexico, sculptures and ancient ruins, driving with professionalism perspective, her work was acclaim until she died at the age of 88.

Was born in Mexico and her life was marked by misfortune due to diseases and a serious accident in her youth that kept her in bed for long periods, to undergo up to 32 surgeries. She led an unconventional life. All her paintings thematic was her biography and her own suffering. She made 200 works, mostly self-portraits, in which projected her difficulties to survive. She and her husband Diego influenced each other in the art of painting and the surrealist stream. Both had taste for Mexican folk art of indigenous roots, inspiring other artists of paint and Mexicans painters of the post-revolutionary period. 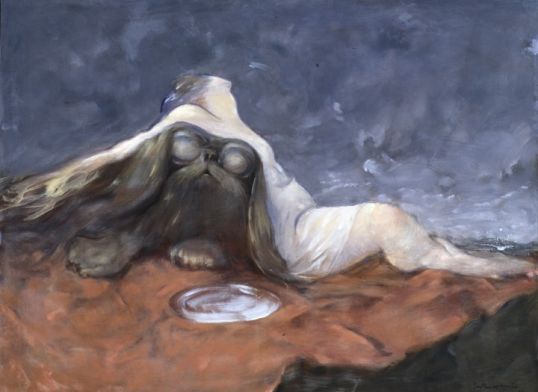