What is the Cubist art? Origin

Cubist art is considered an artistic movement that was present between 1907 and 1914. Cubism is considered to be a pioneering Vanguard was responsible for breaking with the perspective, the latter Renaissance principle following existing at the beginning of the century. Cubism had the nerve centre of the city of Paris, and as heads and teachers of the movement included Spaniards Pablo Picasso and Juan Gris and the Frenchmen Georges Braque and Fernand Léger, but the artist Cézanne already would have marked the way, receiving the influence of Impressionism, reacted against it, rejecting the impression in favour of a deeper understanding of reality. Cezanne believed in that nature is not drawn, but it manifests itself through color, being his painting not drawn, but a painting of volumes, forms, relating them together once created, emerging here the problem of planes, which encourages it looking at the ob do from several points of view. 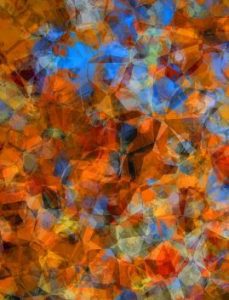 It originated in France and was made famous by the artists of this style which include Pablo Picasso. This style of art was an essential art class since it gave rise to other Vanguards of Europe in the twentieth century. It is therefore the final break that had the art with traditional painting.

Cubism was ideological base notion where image is always observed from different points of view, for this been three-dimensional. This led to the artists who developed this trend to seek new forms of pictorial representation including the break with the real image real that was present through the formation of cubes and other geometric shapes. The presence of numerous and certainly chaotic geometric shapes gave the image a unique complexity which was intended to represent the complexity of everyday life.

The concept of cubism was created by the critic Louis Vauxcelles, who baptized the fauves. This term was originated by a critic who made a work of art that as he called was represented by “buckets”, since then was born the concept of cubism.

Cubist art had not been possible without the advent of photography, as this, to represent the visual reality more accurately than painting, released this late art from the obligation to represent things as they appear to our eyes and forced the artist to look for a different sense to mere transcription to the two dimensions of the outward appearance of things.
The emergence of cubism has been related, in addition, with other two events in the same decade that psychoanalysis, to show that there may be deeper motivations for acts and human thoughts, and the theory of relativity, which reveals that the world is not exactly, in their deep structure.

The major stages of  Cubist Art

There are different stages that were gradually developing this style of art among which we can highlight: 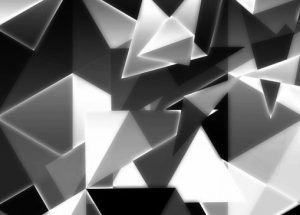 this art is known as the first phase of cubism that goes from the 1909 and completed in 1912 and as a precursor we have Paul Cézanne. Artists were dedicated to the analysis of the images and the rebuilding of them through these geometric forms, its purpose becomes a deeper search, which tries to extrapolate from the reality and represent to the the very essence of the visible. This stage was characterized by the breakdown and imbalance of the figures and forms. Its main objective was to observe them and try to establish an order separately. It was at this stage where cubism could seen with difficulty in understanding it and very pure. It was also characterized by the decomposition form and figures in multiple parts, all of them geometric forms of cone, cylinder, and sphere, also the use of pure colour, and the second an analytical process called induction.

A term that generally commonly identify the second part of the pictorial movement that goes back to 1912, when Picasso painted death nature with Chair. The authors developed new techniques that allowed work with diverse textures and surfaces such as the collage to create new paintings. The main characteristics of composition of synthetic Cubism resides in the choice of the juxtaposition or superimposition of different parts of a performance, often making use of relevant techniques such as collage and papier collé, favouring  the compositions of objects of polioculari visions of a same object. At this stage the objects were no longer observed and ordered if not making a summary of the essential figure, in which different parts of the picture are highlighted. The synthesis is done by highlighting the most significant parts of the figure that will be seen by all sides.

Pablo Ruiz Picasso:  his works featured in cubist art were several, as example have the ladies of Avignon, the work depicts a brothel in Barcelona, with naked women with their disfigured faces, with influence Cézanne black sculpture, where breaks all traditional rules of figurative painting fragmenting the perspective in square and angular volumes and Iberian art. Other works made by Pablo Ruiz Picasso was naked with a towel, the factory of Horta de Ebro, and portrait of Ambosio Vollard. One of his best works was the Guernica picture symbol of the horrors of the Spanish civil war and the bombing that destroyed the Basque town of Guernica, a Cubist style and with a symbolism of surrealism and the expressionist deformation. 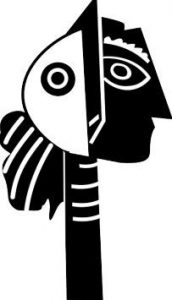 George Braque: It is the other great creator of cubism. He discovered that the forms can be simplified by reducing it to prisms and cylinders. In his work death nature with cards reduces chromatic colors to gray, geometrics and breaks down the ways to create a new reality by overlays and transparencies. It will also enter in the collage. Also another outstanding works are still life of the guitar, the still life of cello, the workshop of the painter.

Juan Gris: His Cubism is essentially synthetic and colored. Use compositions that have a strong structure and a harmonious rhythm. Mixing soft and energy, we see him in the management of his still lifes, made with very violent plans. Focuses on the subject of still lifes, with items such as cups, bottles, newspapers, fruit bowls, pipes, Harlequins, musical elements. We have highlights such as still life, breakfast still life on a Chair.

Fernand Léger: he works a Cubism that tends towards forms of mechanical and tubular appearance. His most commonly used themes were compared with daily life and the mechanization of the big city, with characters with certain character automata. We have works as a card game, where players have been converted into a kind of metallic robots, with other works also important as acrobats, cylinders and helices. 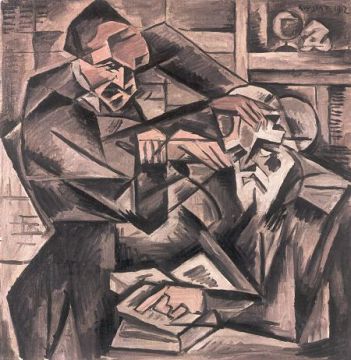