What is Civil Architecture?

Civil Architecture is defined as a cultural and professional practice that deals with the construction of buildings and the documentation of them. The civil work solves what it means to produce architecture in a given time, presenting a civic character for a condition that at this moment, is global.

The civil architectural services team works professionally and takes care of durability, utility and beauty by planning, mapping, designing, with programs such as AutoCAD 2D, 3D, buildings, in addition to supervising the mapping and constructing buildings to meet the objectives of a company or client.

Civil architects work together with civil engineers, in the design, of site plans, for construction application, which must indicate the location of utilities, setback requirements, easements, location of entrances and hallways, floor plan indicating rooms, all doors and windows and any built-ins, such as plumbing fixtures and cabinets, water heaters and furnaces, among others.

Likewise, elevation drawings, which include front, rear and side elevations, work together. These elevations specify ridge heights, final land fall position, exterior finishes, roof pitches and other details necessary to give the building its exterior architectural style, sections and foundation plan, including footing dimensions and location.

How did Civil Architecture develop?

Classical civil architecture has its origins in Greek civilization. This architecture expresses the life of the city, particularly through the Acropolis and the Parthenon. The Romans conquered North Africa, Greece and the Mediterranean in the 2nd century BC and Spain assimilated the architectural traditions of these regions, particularly that of Greece. They also integrated the know-how of their central Italian neighbors, and the Etruscans.

Roman architecture was inspired by the same principles as Greek architecture, but gave priority to utilitarian rather than religious buildings. Therefore, the contribution of the Romans was mainly in the field of construction techniques, in the use of new materials, such as terracotta, cement, and brick, the improvement of new structures in the arch, vault, and domes, already experimented by the Etruscans. Likewise, the Roman temple follows the Greek model, often adding a high base.

How is Civil Architecture classified?

The classification of civil architecture occurs as civilizations change and demography progresses, at first it is built based on a religious sentiment, then it goes to an architecture called Romanesque (from Rome), and Romanesque art becomes the first great architectural style of the Christian West.

Before the year 1000, most churches were built of wood and many were burned by the Vikings. The remaining churches often became too small due to the poor living conditions of the populations.

Until the 11th century, a wooden frame supported the roof. But this in a technical state presented a serious fire hazard, so the architects replaced this frame with a stone vault in the form of a semicircular arch called a semicircular arch. But the weight of the vault required the construction of thick, low walls, which were even reinforced externally by buttresses, but this prevented light from entering the buildings.

From the middle of the 12th century until the 16th century, architects sought to make the vault in cross form.  These ogives (crossed arches), supported by buttresses, relieved the walls from the weight of the vaults.

the walls from the weight of the vaults and make it possible to build always according to the basilica plan, with ever higher and wider aisles, bathed by the light that floods through windows whose magnitude is no longer measurable.

Ascending, vertical lines replace the massive horizontality of Romanesque constructions. Admirers of the 16th century antiquity, mainly Italian, qualify this type of construction under the classification of Gothic architecture. 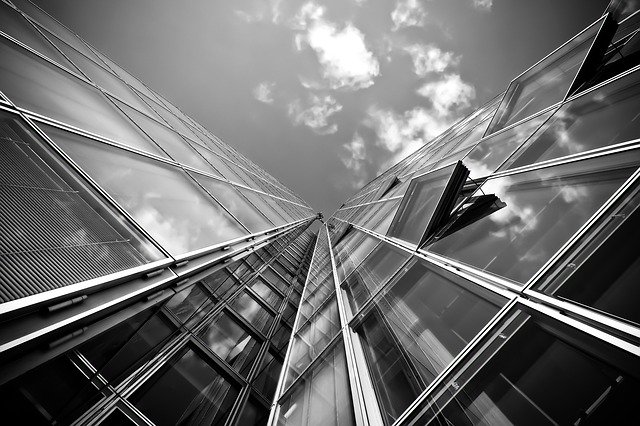 The Legacy of Civil Architecture

The legacy of architecture in several countries that allow and practice bullfighting are the bullrings, with scattered villages and sparse population, but with the particularity of showing bullfighting spectacles in controversial spaces such as the interior of medieval castles, public squares or in buildings perfectly integrated into the urban fabric.

Another legacy of civil architecture are the ancestral homes, which are a true reflection of the owner, marking the economic differences in the size and luxury of each building over the centuries. The nobility settled in the different countries showed their power with large manor houses in the most emblematic places of each urban area. Being several floors with luxurious finishes and, of course, with the coat of arms of each family presiding over the main facade.

Another popular architecture are the constructions with endogenous elements that have conferred to the local architecture, a differentiating aspect that makes it more attractive. The use of wood of different types, in beams, stone for the walls, clay bricks baked in Arab oven, lime to maintain its immaculate whiteness are elements of the popular architecture, with low houses that take advantage of the unevenness of the land and covered with the traditional Arab tile.

The maximum representative of civil architecture is rationalism, which arose after wars, epidemics, and prosperity, which was general in Europe from around 1450, and encouraged professionals to produce a modern and autonomous system of architecture, which ensured an unprecedented economic, social and cultural promotion. The beginning of the 15th century marked the end of an indecisive period in the field of architecture.

While designers and decorators were brilliant, stimulated by a courtly life that multiplied parties and luxury commissions, the managers of the great works of the 14th century struggled to renew the Gothic formulas. Moreover, their dynamism was hampered by rivalry among technicians, a situation reflected in the long suspension of the construction of the cathedral of Florence since 1302.

After 1750, civil architecture went through an intermediate and unstable phase, critical and liberating, marked by scientific thought and historical reflection, by the crisis of beliefs that had been the basis of the authority of cultured architecture since the Renaissance.

Then, the conservative forces that in the 19th century directed architecture, controlled the rise of critical rationalism, which refers to the use of symmetry and mathematically and geometrically defined structures with low ornamentation. These ideas first appeared in ancient Greece and Rome, but were organized into formal styles in the 17th century Enlightenment.

Rural architecture in some countries (in 1806) is imitated from the monumental Baroque architecture of the houses of the Second Empire. Then, the order shifted to enlightened entrepreneurs, businessmen, technicians and councillors, from 1850 onwards, who encouraged the new approaches of the rationalists, when the new problems of planning became evident.