What is Assyrian Architecture

The history of Assyrian architecture dates back to the XVI century B.C., settling in the city of Azur. Little is known about this civilization and what information exists, links them strongly with Chaldean architecture, as they used brick, adobe and stone as materials, by the remains found in the layers of the walls of the ruins found. Like the other cultures of Mesopotamia, located between the Tigris and Euphrates rivers, most of their constructions were palaces supported on rectangular platforms. One of the most representative is the fortified Acropolis of Assur, being located on one side of the Tigris River and on the other side contained a large moat.   Likewise, they were characterized by religious architecture, being also the ZIGURAT, based on Neo-Babylonian architecture, part of their legacy. Perhaps, what differentiates this construction from other similar cultures is the glazed pottery and polychrome bricks used for its construction.

Assyrian architecture was highly influenced by the Chaldeans who lived north of Mesopotamia in a mountainous area, and who were mostly farmers. However, the Assyrians lived on the other side, in the region where stone was available, yet because the Assyrians dominated the Chaldeans, they imitated their constructions by not using stone even though it was available. Therefore, the use of stone was limited to the lining of walls built of adobe or fired bricks. Therefore, the structure of their buildings was based on that of their Chaldean neighbors. This is reflected in their religious architecture, whose emblem is the Ziggurat, which is also the religious building of the Chaldeans. Perhaps there is a certain difference in the design of the Ziggurat of the Chaldeans in the sense that they had seven (7) platforms and an access through a stairway, reaching a set of large rooms, called vestibule, whose front of the towers, in its design had kinship with that of the Greeks. Likewise, its courtyards were wide differentiating its rooms dividing the building in bodies.

How did Assyrian Architecture develop?

The Assyrians developed a great empire and took power in Mesopotamia as a military monarchy. Several kings ruled, the most relevant being King Assurnasirpal II (IX century, 883 – 859), who founded the capital in Nirnud.  King Salmanesar III (858 – 824) who maintained the capital. Sargon II the Great (721 – 705) who places the capital at Khorsabad.  Sennacherizo (705 – 631) who moved the capital to Nineveh and Assurbanipal (669 – 626) who continued and preserved the capital in Nineveh.  Likewise, Assur, by that time, is the city that is best known, because in it are the largest temples and shrines dedicated to the Mesopotamian deities, Ishtar, Sin, Shamash, Anu and Ea, to which must be added Adad, the god of the storm, and Assur, who takes the place of Enlil. Thus, all the deities of the ancient pantheon were gathered in two triads that are more imposing in the ziggurats. Likewise, in the Assyrian capital are three of these monuments and a fourth building stood miles beyond the Tigris, in Kar-Tukulti-Ninurta, a city founded by the king with this name, to commemorate his victory over Babylon. Likewise, in the cities of Nimud, Dur-Sahrrukin and Nineveh there are also other important manifestations of this architecture, such is the case of the venerated god, with national character, Assur, represented as a winged solar disk.  However, the reconstitution of this sacred architecture has been difficult, due to the fact that the monuments suffered destruction and serious damages, because of the quality of the materials, however, some of them have been able to be restored.

How is Assyrian architecture classified?

What is mostly known about this architecture is that it was influenced by other similar ones such as the Chaldean and Sumerian, being considered a little more developed than the latter. The most significant buildings are those of religious architecture along with the palace. In this architecture the ziggurat is taken to its maximum development, for what is known in the inscriptions of the cylinder-seals, since there are few real architectural remains.  Likewise, in the civil architecture the palatine architecture stands out, represented in the palaces, which were walled, built on terraces and the rooms of the palaces are developed around courtyards. Therefore, if one wanted to make a classification, one would say that it is divided into religious and civil architecture. Of the religious architecture, the temples stand out, such as the Double Temple dedicated to the god of the sky and storms, made of brick, which has a single entrance door flanked by two courtyards, with walls and stepped battlements that form an inner courtyard, divided into two parts, one for each god, with a ziggurat erected in tribute to each of them. Of the palatial civil architecture, what is best known is the City and Palace of Korsabad, which is a walled city with towers and several entrance gates. Next to the palace are the most important temples and it highlights the great ziggurat of Assur. While the palace is organized in the inner courtyards and has a single entrance gate.

What is the legacy of this architecture?

The most important legacy of this architecture is the more detailed, more developed construction of both Ziggurats and palaces. They took from the Babylonians with whom they maintained points of contact through trade and exchange, sometimes not so peaceful, as in the case of territorial conquests, the knowledge of techniques applied in architecture, such as the elaboration of masterfully decorated polychrome glazed bricks, with which they built temples and palaces. They also became experts in the technique of stone relief and painting, always highlighting animal figures such as the lion facing the human being. In addition, they also highlighted other animals in relief, such as the horse and the ox. 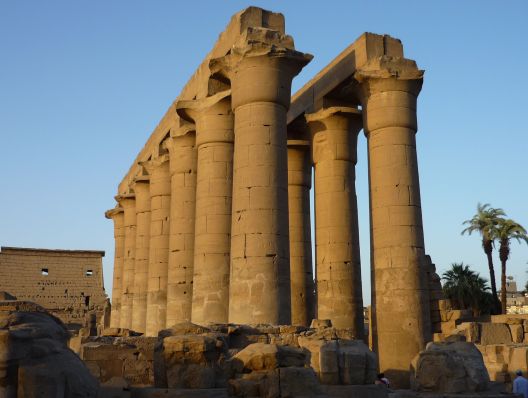 Types of Architecture and the most representative examples

In the region of the Tigris and Euphrates settled the Chaldean and Assyrian civilization, succeeding each other in the throne and power although of different origin, twinned by architecture by copying each other’s way of building. This architecture was rather rudimentary if compared to Egyptian architecture, because their constructions were weak and perishable due to the type of material used, in time, evidenced in the deterioration suffered that led to ruins of their buildings. The best known palaces of the Assyrian empire are those of Nimrud and Nineveh.  Some of its most emblematic buildings are described below.

The Acropolis of Assur

Built in a fortified form, it had the Tigris River on one side and a large moat on the other.

The Old and New Palaces of Assur

Built in a place of great variety of vegetation and fauna, because the Assyrian kings were very passionate about gardens and hunting. It took about five years and many slaves, to carry out this construction being an enclosure with very thick walls without openings and with large rooms.

They were built in the time of King Salmanasar III, standing out for having a great decoration.

The Fort of Salmanasar or Arsenal Palace

Located in Ninrud (Callah) was where the spoils of war were kept.

The Palace of Korsabad (or Dur-Sharrukin)

Ordered by King Sargon II (s. VIII) who was one of the great personalities of the Assyrian world, highlighting its construction on a hill and walled.

The Palace of Nineveh I

Realized in the time of King Senakerib (VIII-VII century B.C.), also surrounded by walls, decorating the walls with reliefs allusive to the warrior and hunting theme that are presented in the inscriptions as a historical chronicle.

The Palace of Nineveh II

This palace was built in the time of King Assurbanipal (VII century B.C.), in it stand out the reliefs that reach the maximum splendor of the Mesopotamian art, considered of great precision and clarity in the narration.