What is Neoclassical Architecture?

Within neoclassical art we find several disciplines among which neoclassical architecture and sculpture stand out (although there were other very important disciplines as well, such as music or painting). Neoclassical art is one of the most outstanding artistic styles in the history of art, together with baroque art, gothic art and classical art, among others. Certainly, when we talk about the history of art we can observe thousands of types of art that have been very important and that today are still famous for their works.

What does Neoclassical Architecture consist of?

Within this architecture, artists sought a more scientific nature of artistic disciplines and it is for this reason that artists had to be technicians instead of inventors and imitators instead of creators. Because of this, neoclassical art came to be considered quite progressive. 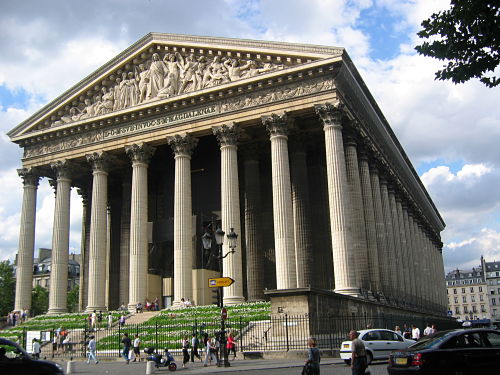 There are several countries in which neoclassical architecture stood out in different and diverse countries. These countries are:

In France it is mainly used the sober bases, a clear example would be that of the Place de Concorde (in Paris) built in the middle of the XVIII century. In this century an atmosphere of renovation was observed and therefore several theaters were built in a large part of France. If we talk about religious constructions, one of the first appearances was in reaction against Rococo art.

In Germany the Greco-Roman styles resulted in a monumental architecture that reflects a clear example that was frequently used was the classical temple that gave a new sense in society.

In the United Kingdom, the Adam brothers created a new model of interior decoration whose main objectives were archaeology. One of the most outstanding and famous works is Osterley Park in which you can see an Etruscan area and a classical hall at the entrance. This work was carried out between 1775 and 1780.

Italian artists preferred to redo their old works, the renovation began in the late eighteenth century early nineteenth century. One of the most representative works of this recreation was the Pantheon of Agrippa (located in Rome) and can also be seen in other temples such as the Church of the Gran Madre di Dio (in Turin) and the Basilica of San Francesco di Paola (in Naples).