What is minimalist architecture?

The term minimalist describes a trend in design and architecture where the structure is reduced to its necessary elements, based on simplicity, wide spaces with few objects, minimizing the furniture, getting a lot with the bare minimum, with a reduction to the essentials, without decorative elements, to stand out for its geometry and simplicity, using pure materials, simple textures and monochromatic colors.

At present a great number of our architects are completely inclined to design using the minimalist style, expanding rapidly, for being a symbol of modernity and simplicity of its lines.

Emerging in New York in the late sixties, the term minimalism was first used in 1965 by the British critic Richard Wollheim to refer to the radical rationalist reduction promoted by the new trends in art. Since then, this minimalist term has grown and changed to become established everywhere, starting with architecture.

Applied to architecture, the term minimalist began to be heard and popularized shortly before the nineties. Largely due to the interest and joint collaboration of some well-known fashion designers and some architects, especially in London and New York, they have created for themselves a recognizable aesthetic, based on simplicity, large spaces with few objects for sale, white color, cold light and reduction of furniture to a minimum. 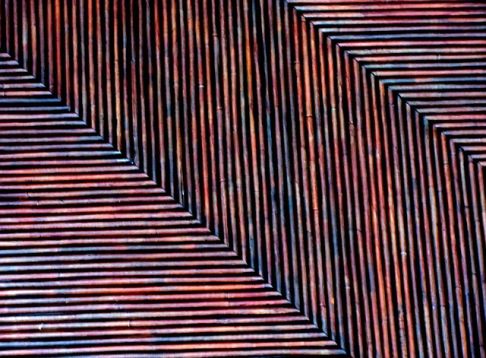 In minimalist architecture, Japanese and Chinese architecture influenced by its elegant spaces, the use of untreated materials and its fluid structures in the transit areas between exterior and interior, proposing this zen minimalist trend, designs with walls, furniture and finishes made basically in wood or cement with straight lines and pure forms. Using white and ecru as the colors of choice in this trend creating spiritual and harmonious spaces, where light becomes a building material and glass becomes a material as important as wood or concrete, Akira Sakamoto is one of the most famous Japanese minimalist architects. 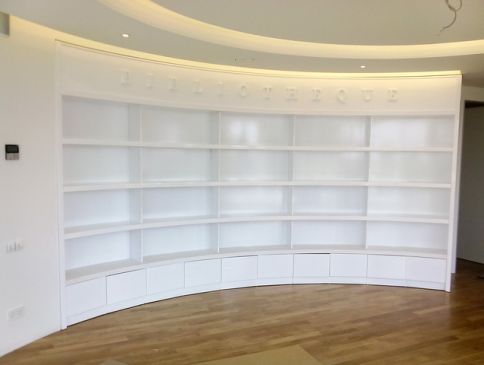 Most renowned architects of minimalist architecture

Current architects of the most outstanding minimalist architecture are Herzog & De Meuron, Rem Koolhaas or Peter Zumthor, who use materials such as basalt stone, copper or basalt glass in the facades of their buildings, they have a special care for the construction details.

Architects such as Jean Nouvel, Dominique Perrault or Toyo Ito, are within a trend that characterizes them by dematerialization, making construction invisible.

The figures of Luis Barragán, Eduardo Souto de Moura and Álvaro Siza Vieira, reflect in their works a greater abstraction in the composition of architectural spaces. The geometry and the conception of the buildings as true sculptural works make them stand out, as well as the precision of the materials and the detailing of the volumes.

Mies van der Rohe with his famous expression, less is more, referred to his aesthetics and technique of enhancing the structure of a building, eliminating interior walls and showing elegant compositional forms.

Le Corbusier opted for compositional purism where the planes have to be pure, smooth and white, called “international style” which was characterized by the prevalence of functionalism over any other aspect.

Another figure is John Pawson, a British architect, whose work had a decisive influence on design with his proposals inspired by Buddhist Zen aesthetics.

The most outstanding buildings of the minimalist architecture of this great architect are Farnsworth House, a glass pavilion completely open, located on a wooded lot, supported by eight vertical steel pillars, which represents one of the most radical housing projects of this architect, Crown Hall Illinois Institute of Technology in Chicago and from 1927 to 1930 built the Tugendhat House in the city of Brno, and the Pavilion for the Universal Exposition of 1929 in Barcelona.