Archaic Architecture is the most primitive, with a very basic and simple style to protect from the climate and to make educated according to religious trends, gods and rituals, megalithic structures, construction of houses or huts.

It is called Archaic architecture to that made of limestone and marble. The main representatives are the Greeks, who built their temples with a very own style after learning the stone temples of the Egyptians. The structure of the temples were high rectangular on a staggered basis, in an enclosure to perform ritual ceremonies. Also the smaller temples had a front porch with two columns or with a row of columns front of it. The largest temples with porticoes at both ends could have a lobby of six (6) columns or be completely surrounded by a peristyle. The colonnade holding a entablamento under a gabled roof.

How the Archaic architecture developed? 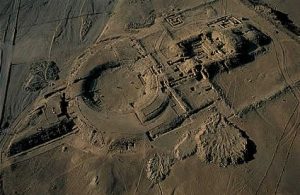 Since this architecture are shaping the classic models in the development of Greek art and are fixed in measures inspired by the sense of balance and harmony of proportions Hellenic art. At first crop and refined under the influence of Greek art and architecture, the Cretan and Egyptian civilization, Mycenaean. Then the architecture evolves from the geometrismo and abstraction of the eastern current, toward the expressive naturalism. Also in the architecture Pelasgic or primitive dating from 3,000 to 700 BC, were used as materials natural stone in large blocks, the adobes large and wood working element, forming lattices, which serve as jambs, which they are vertical pieces that hold the lintel as a primitive column. Clay as mortar, and lime used to seat the large blocks coarsely tilled.

How the Archaic Architecture is classified?

Archaic architecture also called Pelasgic, presents several periods as evolves how to build: Doric,  Ionian and Corinthian. According to these three periods, the Greeks developed different types or styles of columns, capitals (the top of a column) and also various changes in its preparation, depending the period. So then you have the most important characteristics of the columns in each period.

Doric: The Doric columns were quite stocky and the capital was flat. In ancient Greece and the colonies in southern Italy and Sicily, this style was the most frequent.

Ionic: The columns were more stylized and elegant, this style found in eastern Greece and some nearby islands. Its capital was adorned with volutes (spiral shaped decorations).

Corinthian: This style was common in Roman temples, and was characterized by using a capital decorated with ornate and shaped leaves of a plant whose name was acanthus.

What is the legacy of Archaic Architecture?

The most important legacy of the Archaic architecture were Greek temples and structure is the building which represents the highest expression of art and genius of the Greeks, with sculpture and painting help to enhance the set. Thus, the appearance of the temple marks the emergence of the polis, which is the origin of the Greek city. Therefore, the temple was the home of the statue of a god, however, the faithful he never met but they did in the atria or patios.Therefore proportions were small at first, but as time passes, these dimensions were increasing. Similarly, since its appearance in the Archaic period, the buildings have a provision in their parts almost unchanged and was formed by the CELLA or NAOS, which was the rectangular room where dwells the statue of divinity. The PRONAOS, a lobby, consisting of columns, which preceded and gave access to the cella and  opisthodomos,defined as the dependence used to store the temple treasures.

What are the types of Archaic architecture and the most representative examples?

In this architecture the most representative buildings are the temples, which were built to pay tribute to the gods, including the public did not perform the rites, but large spaces were built, platform or patios for people gather in them .

ANTAS: According to the position and the number of columns that adorn the facades, four main types of temples are distinguished with the side walls extend forward, enclosing the porch.

Prostyle: which contains a single portal.

ANTIPRÓSTILOS:Those temples have only one gate at each end.

Peripteros: Defined as when the columnata develops along four sides.

Monopteros: When the temple is circular and is surrounded by a colonnade. The latter type is very elegant, and rather rare.

Some emblematic temples are:

It is one of the seven wonders of the ancient world, it was built as the tomb that the wife of Mausolus, king of Caria, ancient region of Asia Minor on the Aegean Sea, who made it build in memory her. He is not known except for the descriptions in contemporary writings and archaeological discoveries. However, each other, only been able give rise to trials reconstruction. 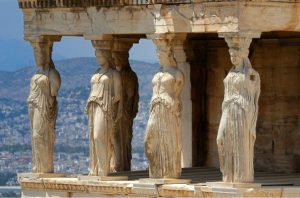 Seen as another important manifestation of Greek architecture. It was built taking advantage the provisions of the land, so it holds the ends semicircular bleachers beyond the semicircle, full circle encasing the inside plane, where the chorus sang and danced, and instrumental music competitions also developed. The scenario was presented to the public, it was a long, narrow platform, which served a permanent architectural decoration background and behind it were chambers for the locker room.

It is one of the best preserved Doric in Greece, near the Temple of Aphaia in   Aegina temples. The Hefestion god was lord of Greek god of volcanoes and of blacksmithing.  In this temple you can see the friezes (with representations of Hercules) and the two statues of Hephaestus and Athena both daunting.

This building is located in the Agora of Athens. Is shown as unusual two storey building and went to the city of Athens made by King Attalos of Pergamon in 150 BC a gift.  This building was what today is known as commercial center for its many shops inside. So today, the building is fully restored, it is used as Agora Museum of Athens and contains inside pieces of much value found during excavations at this site through which you can get an idea of the times which the Agora of Athens It was a place for the daily life of the ancient Athenians.

is also known as the Church of the Holy Apostles, and also of the Solaki apostles, is located in the ancient agora of Athens,capital of Greece. It dates from the tenth century and is considered the best example of which was the Byzantine architecture. Its shape is that of a Greek cross, with all arms of the same size, which contains central dome visible even from the outside. It’s church illustrates the Athenians Byzantine domes and its most representative part. Thus, in the western facade decorations with bricks containing are Kufic,which were restored in the twentieth century observed.Similarly, inside the temple you can display some frescoes dating from the seventeenth and eighteenth centuries.

What are the most important artists and / or representatives? 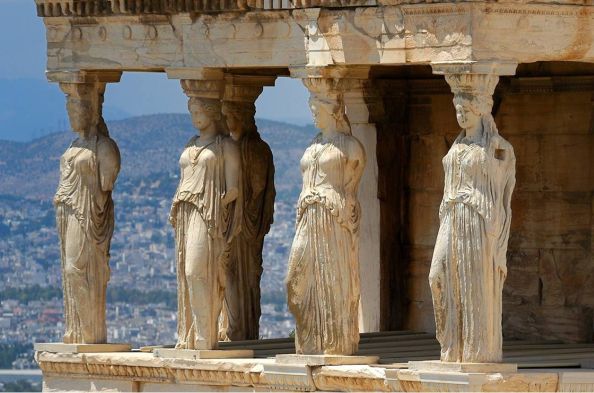 What is Architecture Archaic?