The architecture of beautiful art, refers to style that was taught at the School of Fine Arts in Paris, France. Results from a strict way of lecturing influenced by  the Royal Academy of Architecture and after the revolution of the Academy of Fine Arts instruction. It is characterized by a specific protocol to follow  by implementing the same in construction. This school greatly influenced the architecture of the United States. Aesthetic codes were printed and continued without major changes until 1968. One aspect that makes this architecture unique is the use of traditional artistic resources established as rule of the Academy of Fine Arts related to the treatment of light, color perspective, drawing among other aspects.

In this architectural movement the possibility of teaching defended artistic creation through communicable rules, rejecting the idea of genius driven by divine inspiration or intuition and individual talent. Likewise, it breaks with the vision of art as craftsmanship. Therefore he went away  from academicism naturalistic realism, of the most unpleasant aspects of reality. Thus, this architecture was addressed to aristocratic taste and followed the ideals and principles of the ruling classes. So, most architects of the time, valued at present, had some academic training type. So in the early 1970s, when reviewing the history of art, this posture appreciated the concept defending academicism as creating rules and subject to pre established tastes.

How is the development the academic architecture? 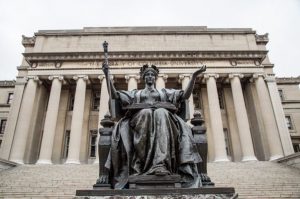 Instruction and teaching from the Academy of Fine Arts, is based on two principles that systematized the character of artistic training: visual education for achieving mastery of repetition, and the representation of the artistic repertoire of Greek and Roman cultures as the new formal vocabulary.Therefore, academicism and eclecticism, taught emphasis firmly and intellectual element combined with aesthetics, containing the works, a noble and altruistic message. Artists and architects that are most representative of the tendency: Peter-Paul Rubens (1577-1640), Nicolas Poussin (1594-1665), Jacques-Louis David (1748-1825), Jean-Antoine Gros (1771-1835), among others. So the French Academy with this lineup won official approval through enhancing the political authority of the King, since its founding in 1648, imposing teaching, production and exhibition of works but later criticized by the current of Fauvism. So, from the nineteenth century painting artists such as Gustave Courbet, Claude Monet, Vincent Van Gogh and Pablo Picasso, they ignored its guidelines and revolutionized the theory and practice of this tendency  art.

How  to classify academic Architecture?

Evolves as in two stages, the first stage  in early nineteenth, fine features and proportions, century sober accompanying the nascent republics of America, product transfer in the construction of cities, government buildings, churches, hotels and other aristocratic centers, which resulted in exultant, worldly and ostentatious expressions. Although superficially the architecture of the beautiful art of the twentieth century could be considered out of context in the modern age, constructions of steel frames and other innovations of modernism in materials engineering had principles of early buildings from 1914 to 1916. The maximum representative was the architect Rafael Guastavino (1842-1908) who became famous for uncoated brick vaults and mortar, carried in different cities of the United States.

In a second step with the agro-export trend, particularly in America, in the early decades of the twentieth century, forms of classicist stamp, preferably ornamental sobriety, but monumental and bombastic at the same time are evident, obeying the strong influence of ideologies of national and centralist trend. The latter style architecture was named Academic Tardo (late academic) developed about beyond 1940, been one of its main and most versatile artists in Argentina, South America, the architect Alejandro Bustillo.The works that best reflect this stage of academic thought in this medium are: The neoclassical town stay “April” that out of the Pereyra Iraola in the Province of Buenos Aires. The Casino and Hotel Provincial in Mar del Plata.

What is the legacy of academic architecture? 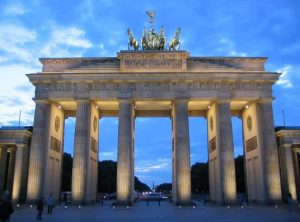 The legacy of this architecture is spread mostly in Europe where he started and America where it continued later on.  One of these important academies of fine arts is to Venezia, created on September 24, 1750, when it was approved in the Senate its foundation. Consisted of 36 teachers, of whom are elected once a year four teachers to cover the following disciplines: Figure, Portrait, Landscape and Sculpture. Disciplines of perspective and architecture were introduced in 1768 with a course taught by Francesco Costa, then renewed every year.

What are the types of academic architecture and the most representative examples?

Beautiful art style, comes from the regenerative spirit within the traditions towards a system of decorative motifs, whose main features are summarized as: Symmetry.  Hierarchy of spaces, replacing the noble spaces, grand entrances and stairways with more utilitarian.  References to a synthesis of historicist styles with tendency to eclecticism.is expected that an architect working fluidly different ways according customer requirements and designed planes. Accuracy in the design and implementation with many architectural details: balustrades, pilasters, panels reliefs, sculptures figures, garlands, cartridges, bulky rivets(staples)and support ledges and the use of polychromed useful. Some emblematic buildings are placed below:

It is one of the emblems of the architecture of fine art.  Its construction was ordered by Napoleón III in the transformation of Paris under the Second Empire. Is Charles Garnier, architect unknown 35, who carried out the construction project of the palace, which take their name. Its construction lasted 15 years (1860 to 1875), and was interrupted several times (particularly by the Franco German War of 1870 and the fall of the First Empire). Was finally inaugurated on January 15, 1875.

It is  based on academic architecture bridge and the fine art of the Third Republic, which crosses the Seine River passing through Paris and joins the Esplanade des Invalides with the monumental complex of the Grand palace and the small palace.

The palace consists of two buildings with neoclassical two 195 m curvilinear wings that descend towards the Seine.

is the building of Banco Pastor a monumental construction designed by architect Manuel Gómez Román, located in one of the most central corners of the city of Vigo. 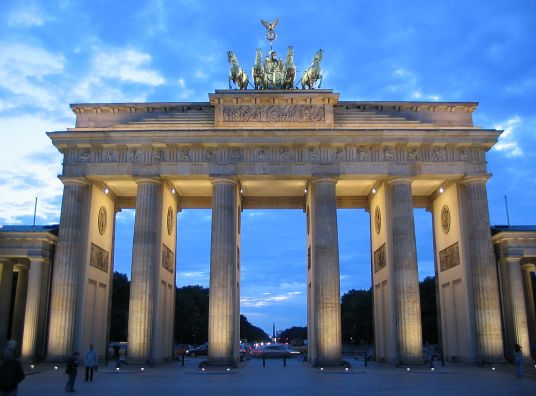 What is Academic  Architecture?